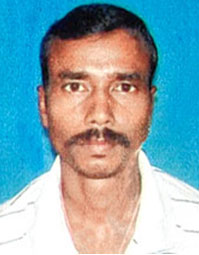 Last Saturday, the night of Kali Puja, was witness to the gruesome murder of a 40-year-old trader, Pintu Biswas, as he protested the bursting of noisy chocolate bombs outside his house. The incident happened in Ashok Nagar of North 24 Parganas district in West Bengal, next door to Kolkata. Biswas was beaten up and hit with a crowbar on his head. He succumbed to his injuries in a state general hospital. Two of the alleged culprits have been arrested while four others are absconding.

The same night, a disabled youth, Ratan Modi, was severely beaten and his wheelchair broken in Charu Market in south Kolkata after he protested against bursting of crackers. The miscreants first hurled crackers at Modi and then beat him up. Modi was admitted to a hospital on Sunday after his condition deteriorated. Police have arrested the offenders.
On the night of Kali Puja, Kolkata police arrested 771 persons for unruly behaviour and bursting banned crackers. Next day, on Diwali night, the number soared to 897 arrests out of which 523 were arrested for bursting banned firecrackers.

Pintu Biswas is the seventh person to die in West Bengal since 1997 for protesting against noise pollution. Dipak Das from Hoogly district was attacked with crude bombs in 1997 for protesting against crackers. In 2011, a primary school teacher from Haldia, Manomohan Kuity, was severely beaten for raising his voice against loud microphones; he succumbed to injuries later.
Last year, on the day of Kali Puja, 71 year old Piyush Kanti Sarkar went to the police to complain and succumbed to a heart attack on his way back. There has been no conviction in any of the cases—a  horrible track record for a state which was a pioneer in framing noise control regulations for the entire country.

In 1996, the Calcutta High Court played an exemplary role in regulating noise pollution. Following the court directive, the next year the state pollution control board banned use of microphones during night hours—between 9 pm and 7 am—a first for the country. The order also banned firecrackers with noise levels higher than 90 decibels at 5 metre distance from the point of bursting. The notification was a precursor to the Noise Pollution (Regulation and Control) Rules framed by the Central Pollution Control Board (CPCB) in 2000.

While the Central noise rules allowed firecrackers up to 125 decibels at 4 metre distance, West Bengal’s norm was more stringent. This was reversed after the firecracker manufacturers appealed to the courts repeatedly. The National Green Tribunal (NGT) in its order on August this year directed West Bengal to reconcile its noise rules with that of the Central rules. Two months later, NGT clarified that the state can take “independent decision” for “specific reasons”. Following this, the state pollution control board (WBPCB) re-imposed the earlier limit of 90 decibels.

“The death of Biswas is unfortunate but not unexpected,” said Naba Dutta, convenor of Sabuj Mancha, an umbrella body of NGO’s campaigning for strict enforcement of noise norms in the state. “The NGT order led to administrative confusion and gave leeway to manufacturers. The usual raids during months leading to Diwali were not conducted this year,” he added.

“This year was worst since 1997. Banned crackers were sold in the open unlike in past years. More than 15 people have died while making crackers,” said Biswajit Mukherjee, former law officer at  WBPCB.