Mangalyaan out of its ‘blackout’ phase

Spacecraft would soon complete its 100th orbit around Mars 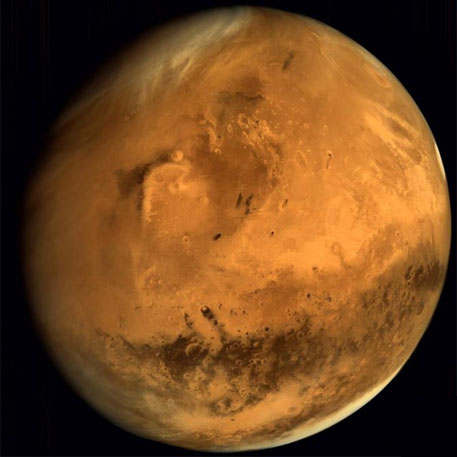 India's Mars Orbiter Mission (MOM) spacecraft that was in its blackout phase since June 8 is gradually emerging out of it, said the Indian Space Research Organisation (ISRO). The space agency has established a fresh communication with MOM and is receiving the spacecraft’s health data.

“There is no potential of losing any data collected by the Mars Orbiter,” Deviprasad Karnik, ISRO spokesperson, told Down To Earth.

Since June 22, the spacecraft is in its 100th orbit around Mars and would complete it on June 25. The national agency has confirmed that all payload (spacecraft’s scientific instruments) operations, earlier suspended, will restart in a few weeks. Mars Orbiter spacecraft has outlived its prime mission life and is healthy and operational, adds ISRO.

Mars Colour Camera (MCC), installed in the spacecraft, took the last image on May 9, before going into a blackout mode. MCC covers a spectral range of 400 to 700 nanometers – the visible spectrum. This tricolor camera gives images and information about the surface features and composition of the Red Planet.

The blackout happened when the sun came between Earth and Mars and the three planetary bodies formed an alignment resulting into a celestial phenomenon called the solar conjunction. This led to sun blocking communication between Mars and Earth. MOM, during this period, went into an autonomous mode, taking decisions on its own. Conjunctions occur every 26 months as Earth and Mars circle the Sun in their respective orbits.