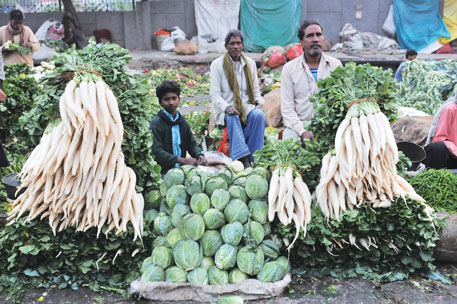 Contrary to the belief that deregulation will bring down food inflation, complete deregulation of agri markets in the states has actually increased transaction costs rather than reducing it. This was pointed by the ministry of agriculture appointed committee of state ministers on agriculture marketing reforms. The committee submitted its report last week. It said deregulation has not helped in attracting any investment from private sector.

The committee was set up to suggest reforms in agri-marketing in India and various amendments to be made in the Agriculture Produce Marketing Committee (APMC) Act by the states.  Under the Act, state governments appoint a marketing board to monitor and facilitate trade of agriculture commodities.

It said that the Central government needs to have a more consistent stand in its import-export policy as any sudden switch-on and switch-off in policy impacts farmers adversely. Laying stress on organising farmers’ groups, the committee said it would enhance farmers' bargaining power. It would also shorten the food supply chain if direct marketing or sourcing could be done.

Call for unified national market
They laid stress on need to have a stable and long term national policy on storage and movement of agricultural produce to achieve the objective of unified national market. The state ministers added that under essential commodities act, there is a need to have distinction between genuine service providers and black marketers/hoarders. Only this way better services could be given to the farmers.

In order to enhance the private sector investment in marketing infrastructure development projects, there is a need to provide subsidy/viability gap funding for such investments, being long gestation period projects and treat them “as infrastructure project” so as to attract FDI and ECB for their development.

However, the committee said that states can levy minimum user charges (in lieu of market fee) for developing general infrastructures like rural roads, preferably not exceeding 0.5  per cent of the value of produce transacted for the use of any facilities created by the states/APMCs. State governments should also explore areas for private investments and PPP projects for market and marketing infrastructure development, the panel said.

Rationalization of market fee, commission charges
The committee said that if a person has already paid mandi fee in a state where it procures agriculture produce and brings the same to another state for processing, no mandi fee should be charged. Mandi fee should be levied on primary agricultural produce only and not on secondary agriculture produce (processed agricultural produce) like gram flour, refined flour and Ghee. However, user charges can be levied based on the use of infrastructure and services.

Market fee/cess, including rural development fund, social development fund and purchase tax should be maximum 2 per cent of the value of the produce and the commission charges should be not more than 2 per cent for food grains/oilseeds and 4 per cent for fruit and vegetables. It is necessary to link the mandi fee with the services and infrastructure being provided for transaction in agricultural commodities. If the direct marketing entrepreneur provides minimum specified infrastructure facility to the farmers, the concerned state/APMC should waive off market fee on such direct marketing, the panel said.

In some of the states, there are check-gates for recovery of market fee, which hinder smooth movement of agricultural commodities and leads to wastages, especially in perishables like fruit and vegetables. States should take Initiative to remove such physical barriers, if any, the report recommends.