Mars mission back on track 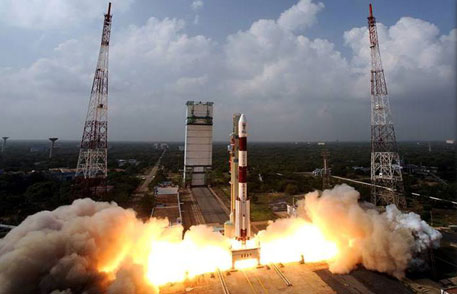 A supplementary orbit raising manoeuvre of Mars orbiter spacecraft on Tuesday raised its apogee (farthest distance from the earth) from 78,276km to 11,8642km.

The additional effort had been necessitated after the fourth orbit-raising on Monday had failed to meet its objective of increasing the velocity of the orbiter. Instead of the set target of 100,000 km, the orbiter reached an apogee of only 78,276 km.

On Monday morning, while testing the orbiter’s built-in propulsion system, when the Indian Space Research Organisation (ISRO) energised the primary and redundant coils together, flow to the liquid engine stopped but the operation continued. This meant reduction of the incremental velocity from the planned 130 metre per second to 35 metre per second. Though both the coils cannot be operated together, ISRO had said the two coils would be operated independently in sequence.

The orbiter is otherwise in normal health, said the national space agency.

The orbiter was placed in the earth’s orbit on November 5, this year. A total of six orbit raises have been planned before the orbiter is to be sent off on its way to Mars on December 1 this year.