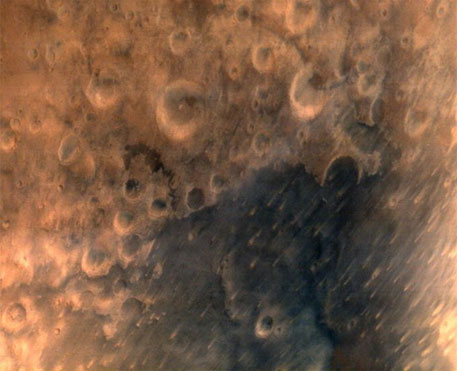 ISRO's Mars Orbiter has sent its first image from the orbit the Red Planet. The image has been taken from a height of 7300 km and has a 376 m spatial resolution.

The picture has been taken using a colour camera which was part of the orbiter's payload. It will take pictures of Mars’ surface. The pictures will put into context the information provided by other instruments on the orbiter. They will also give information on the dynamic events on the planet such as weather.