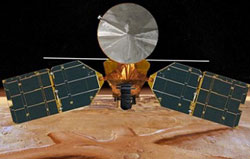 India's space programme got a big boost on Monday with the Indian Space Research Organisation (ISRO) successfully test-firing the main liquid engine of its Mars orbiter spacecraft or Mangalyaan. The engine was brought to life 300 days after it was launched on November 5 from Sriharikota. The success of the test-firing, which started at 2:30 pm, sets the stage for ISRO’s activities on the morning of September 24 when the engine will be fired to insert the orbiter in the orbit of Mars. The orbiter entered the sphere of influence of the planet today morning.

India's success at test firing comes on the same day when NASA's Maven spacecraft was successfully inserted into the planet's orbit.