Images sent by NASA’s Mars Reconnaissance Orbiter show dark streaks up to four metres wide running down the sides of some slopes on the planet. Scientists say this is strong evidence of the presence of liquid water. Shane Byrne, professor of planetary sciences at the University of Arizona in the US, is part of the team studying Mars. He speaks to Dinsa Sachan about the findings. Excerpts: 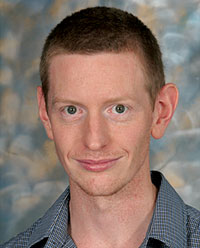 Evidence of liquid water on Mars was also found in 2006. How is the latest finding different?

There are a lot of gullies on the crater walls of Mars. Occasionally we see (by comparing images taken at different times) that some material has flowed down these gullies. The paper in 2006 was the first of these observations. We have now realised that it was actually carbon frost and not liquid water since the observations were made in winter when temperatures are too low for liquid water to exist. The streaks observed then were probably formed due to carbon frost avalanches.

Does this mean cent per cent evidence of water on Mars?

It is never cent per cent until we have a landed mission that will investigate some of these sites. Liquid water is the only explanation we have for these gullies that makes sense based on what we know now. We have tried hard to come up with other explanations, but liquid water was the only one that worked. 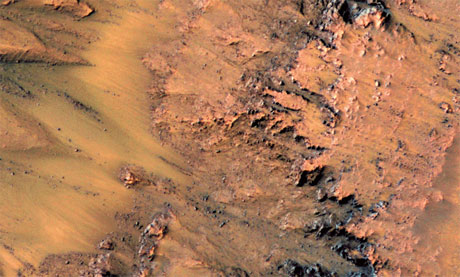 Is availability of water a clear indication of presence of life?

No, it is possible to have water with no living things around. Liquid water is a prerequisite for life. So craters are the best places on Mars to look for life. Running water on Mars also means that minerals are being chemically altered both on the surface and the subsurface. Most of the minerals that are created by chemical interaction with water are thought to be very old but that might not necessarily be true.

What’s the next big step for your team in this direction?

There is a lot of laboratory work that needs to be done now to examine how water with dissolved salts behaves under Martian conditions. Also, how living organisms can take advantage of this liquid. We are also interested to know from where this water came. It is possible that salts on the surface are scavenging water from the air or that groundwater is moving through the subsurface along cracks before coming to the surface.