Some experts have blamed increasing ship collisions for whale deaths 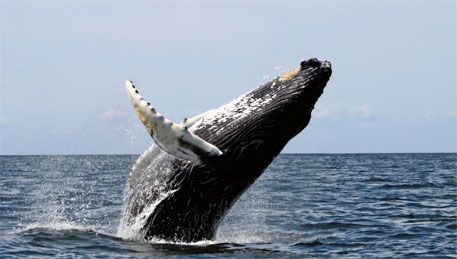 California has been witnessing a spate in number of whales that are washing up on the US state’s beaches.  The latest sighting was of a female humpback whale that came ashore dead across northern California’s Pacific coast. Not many days ago, a 50-foot-long male was found dead on the same coast. Apart from these, other whales have also been reported dead in the state.

While a few researchers, according to Business Insider, think that this is only a coincidence, others believe more and more whales are dying after colliding with ships.

“This is not a beaching,” says Moe Flannery who is a marine mammal expert and works at the California Academy of Sciences, in a report published by Guardian. She explains that these are incidents of stranding that occurs when the animal washes ashore and does not deliberately go on to the beach. This usually happens after the animal is injured.

Spatial and temporal occurrence of blue whales off the U.S. West Coast, with implications for management