Infant mortality in India is higher than that of neighbouring countries like Sri Lanka, Bangladesh and Nepal 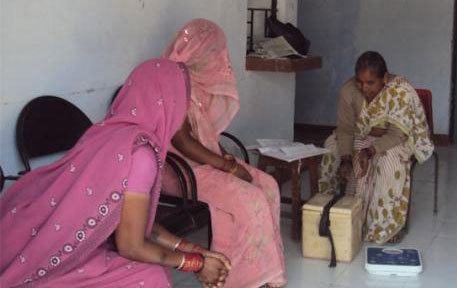 It is almost certain that India is going to miss the Millennium Development Goal (MDG) for reducing maternal mortality.

According to the latest report of the Registrar General of India’s Sample Registration System (RGI-SRS; the sole source of data for fertility and mortality in India), the maternal mortality ratio (MMR) in India has registered a decline from 212 per 100,000 live births in the period 2007-09 to 178 in 2010-12. It has declined further to 167 per 100,000 live births in the period 2011-13. This means an estimated 44,000 maternal deaths (death of a woman during pregnancy or within 42 days of termination of pregnancy) occur in the country every year.

Union health minister J P Nadda stated in Rajya Sabha on Tuesday that if MMR declines at the same pace, India will reduce MMR to 140 per 100,000 live births by 2015.

Infant mortality in India is also high. Even neighbouring countries like Sri Lanka, Bangladesh and Nepal are better off. As per SRS 2013, the Infant Mortality Rate (IMR) in India is 40 per 1,000 live births, which means an estimated 1.068 million children of age one year and below die in the country annually. The comparative figures for Bangladesh and Nepal are much lower at 33 and 32 respectively.

As per SRS 2013, the neonatal mortality rate in India is 28/1000 live births, which means that estimated 747,000 newborns die within first four weeks of birth every year in the country.