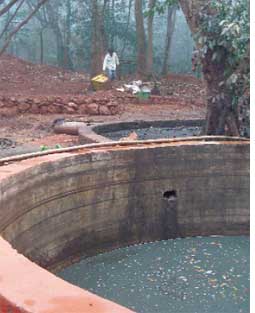 The only client the municipality-owned plant had, Usha Ascot Hotel, stopped paying for the gas in April protesting stiff charges; the hotel was using the gas in its kitchens. The municipal council severed the connection in May end.It is now planning to supply the gas (enough to fill a dozen cooking gas cylinders) to two other hotels.

Manohar Tambat, director of the hotel, said the municipal council was arbitrarily charging them Rs 25,000 per month without measuring the gas consumed. "We complained to the authorities several times but to no avail," said Tambat.

Two other hotels have been given sanction for putting underground pipelines. "Once the pipelines are in place, we will start supplying gas to them," said Nipurte.

Of the five tonnes of waste Matheran generates, two tonnes are horse dung and 1.5 tonnes, kitchen waste. The plant set up at a cost of Rs 33 lakh uses different types of bacteria to break down this waste to produce biogas and manure.