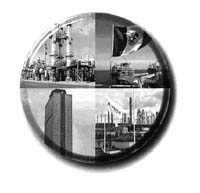 Greenpeace, an environment organisation has accused the state-owned petroleum company, Petroleos Mexicanos (Pemex), of violating conservation laws by dumping vast amounts of toxic wastes into swamps and forests on the Gulf Coast. "Pemex is the main environmental criminal in Mexico," said Alejandro Calvillo, a Greenpeace director.

The suit was filed after a campaign by schoolchildren and politicians forced Texas authorities to halt construction of a nuclear waste site across the border near El Paso. Now, environmentalists have begun focusing on the hazards posed at home by illegal toxic waste sites.

In August, villagers in Veracruz state on the Gulf Coast were surprised when Pemex workers emptied 55-gallon drums of toxic petroleum waste off a flatbed truck into a marsh. According to the Greenpeace activists, the Pemex workers have confessed that they had carried 200 barrels of waste from the company's refinery to the same site over several days.

C L Baumgarten, a lawyer with the Mexican Centre for Environmental Law, who prepared the suit for the Greenpeace said Pemex officials, if found guilty, could face fines totalling to us $70,000 or prison terms lasting for three to six years. Pemex, which provides as much as one-third of Mexico's tax revenues and is one of the country's most powerful institutions, have rarely been punished for environmental malpractice. "They commit environmental crimes that are rarely reported and for which they are never charged", said Baumgarten. Accusation of environmental neglect are not new to Pemex.

In 1992, gasoline that had leaked from Pemex pipeline in the sewers of Guadalajara province exploded, killing at least 190 people.

A spokesperson of the company, Fernando Martinez, said he did not want to comment on the suit. Avoiding further queries, he added that it is the company's policy not to respond until it gets formal notification.