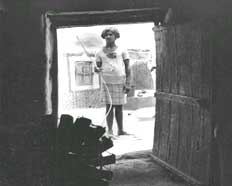 LAST monsoon, floods had usurped their crops. And then followed malaria, taking a massive unforseen toll. The malady is feared to have claimed over 10,000 lives in the Mewat region in the Haryana-Rajasthan border, spanning over 800 villages in the Gurgaon district of Haryana, and almost an equal number of villages in Rajasthan. Several lakhs have been reportedly affected by malaria over the last three months, and the scourge seems to show no signs of let up, thanks to the monumental neglect and apathy of the authorities.

Bansi Lal, chief minister of Haryana, puts the 'official' death toll at 904, whereas Kamala Verma, health minister in his cabinet, confirms about 2,000 deaths. The opposition, on the other hand, puts the figure at 10,000, based on independent estimates made by the Resident Doctors's Association (rda), Haryana. The issue has led to angry protests and a walk-out by the opposition in the Haryana assembly, and received prime attention in the local media.

"The situation is alarming," says Mukesh, a resident doctor of the Rohtak Medical College, Rohtak, and a member of the rda team of 40 doctors which has just completed a survey of an affected population of over 5,000 in 10 villages in Haryana. He says that the rda team located a widespread occurrence of malaria in the entire region, which includes 360 villages in the Ferozpur Jhirka tehsil, 220 villages in the Nuh tehsil and another 220 villages in the Punhana sub-tehsil -- all in Gurgaon district.

The 10 villages where the rda survey was conducted include Hasanpur, Sultanpur, Ganduri, Bhadas, Umra, Malab and Biwan. "We have examined about 500 patients in every village. Almost everyone in the area is affected by fever, with clinical symptoms of malaria. About 70 per cent of the patients have reported that they have been affected more than once in the last three months. The slide positivity rate for falciparum malaria, the main cause for deaths, is over 50 per cent. The entire population is anaemic and their spleens are enlarged (spleenomegaly). About 20 per cent of the population showed haemoglobin levels below four per cent (normal levels range between 12-14 for women and 14-16 for men). The spleenomegaly index, one of the indicators of the severity of malaria, is as high as 80 per cent," he informed.

According to Mukesh, the average death rate in the villages examined is around 20 per 1,000 population, which is at least seven times the officially acceptable 'crude death rate' of three per 1,000. "Considering the high level of falciparum malaria incidence in the area and reports of deaths from villagers, most of the fever-related deaths are attributable to malaria. By applying this logic and extrapolating the data from our sample to the entire population, the death figure would exceed 10,000," he says.

As per the National Malaria Eradication Programme (NMEP) guidelines, all cases of fever in affected areas would be treated as malaria and given presumptive anti-malaria treatment, followed by radical treatment upon confirmation by microscopic examination of blood samples. But all deaths due to fever are not accepted as malarial deaths even in severely affected areas, unless confirmed by slide examination.

"Slides often accumulate for several weeks, and people die even before their disease is confirmed. This only serves to suppress the mortality data due to malaria," commented Mukesh. The confusion over the number of deaths in the official data is equally revealing. Exactly a month ago, the official number of fever deaths were 630 in Ferozpur Jhirka, 730 in Nagina, 548 in Punhana and 448 in Nuh areas.

According to M A Ansari, deputy director of the Malaria Research Centre (mrc), New Delhi, even an official figure of 904 in one small area is shocking. "The highest figure of deaths that I know of was 500 in Shajahanpur in 1980," says Ansari, adding that a team of mrc scientists has been deputed to visit Mewat to study the situation. mrc scientists are apprehensive that the real figure is most likely to be 10-20 fold higher, which lends support to the rda estimate of 10,000 deaths.