Medicines may be responsible for decline in wildlife population 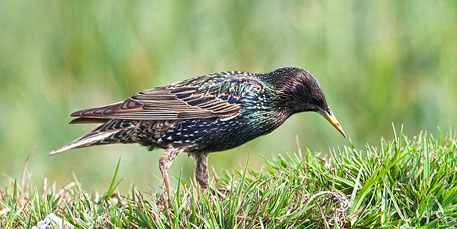 Medicines that get flushed into the environment through sewage might be the reason for the rapid decline in wildlife population, say scientists who participated at the recent Royal Society-funded Research Fellow International Scientific Seminar. The 2014 Living Planet report recently warned that the global animal population has more than halved in the past 40 years; and now studies by scientists who attended the seminar reveal that common medicines are harming animals. Consider this, anti-depressants have been found to reduce feeding in starling birds and contraceptive drug slashing fish populations in lakes.

“With thousands of pharmaceuticals in use globally, they have the potential to have potent effects on wildlife and ecosystems,” said Kathryn Arnold, at the University of York, who edited a special issue of the journal Philosophical Transactions of the Royal Society B. “Given the many benefits of pharmaceuticals, there is a need for science to deliver better estimates of the environmental risks they pose.”

She said: Given that populations of many species living in human-altered landscapes are declining for reasons that cannot be fully explained, we believe that it is time to explore emerging challenges, such as pharmaceutical pollution.

The two clearest cases of pharmaceuticals affecting wildlife to date involve 17β-oestradiol (E2) and the synthetic oestrogen 17α-ethinyloestradiol (EE2), and the non-steroidal anti-inflammatory, diclofenac. There is now convincing evidence of the feminisation of male fish downstream of sewage treatment works discharging complex effluent, which includes E2 and EE2 from the contraceptive pill and hormone-replacement therapies. Susan Jobling of the Brunel University said that individual male reproductive success in breeding groups declines with increased feminisation, but intersex fish can still breed. Also, three Asian vulture species are now critically endangered because of acute toxicity following consumption of the carcasses of diclofenac-treated livestock.

The Guardian, which has trawled the papers of the scientists present at the seminar, says the research by Tom Bean of the University of York and colleagues, showed that the common antidepressant fluoxetine, at the low levels expected in the environment, led starlings to feed less often during the key foraging times of sunrise and sunset. “Importantly, fluoxetine is not the only pharmaceutical, or indeed the only antidepressant, to be detected in the environment,” Bean said at the seminar. “Mixtures of pharmaceuticals could potentially be more potent.”

The most environmentally dangerous drugs are identified in a paper by Anette Küster and Nicole Adler, both at Germany’s Federal Environment Agency. “For human medicinal products, hormones, antibiotics, [painkillers], antidepressants and [anti-cancer drugs] indicated an environmental risk,” they said. For veterinary drugs, hormones, antibiotics and parasiticides were highlighted.

Sally Gaw of the University of Canterbury, warned pharmaceutical pollution is also affecting oceans and that not much has been studied in that respect. “This is a critical knowledge gap given the significant increase in coastal human populations around the globe and the growth of coastal megacities, together with the increasing importance of coastal (fisheries) around the world,” said Gaw at the seminar.