Memoirs of a plant

Plants remember their past. Dehydrate them to find out 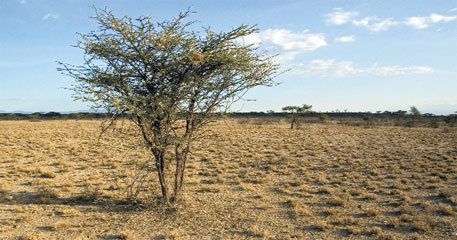 GARDENERS know by practice that plants can survive the ordeal of replanting only if they are prepared for it, by being deprived of water for a few days. This suggests that exposure to stress helps plants handle stress in future.

While this was known for years, the mechanism that helps plants remember their past was not understood. Researchers from University of Nebraska, US, used the plant thale cress, Arabidopsis, to understand the mechanism. They grew these plants under controlled environment. These were then exposed to dehydration stress—removed from soil and left to dry for two hours. Dehydration reduced the weight of leaves by about 65 per cent due to water loss. This much water loss does not kill plants. The plants were then allowed to recover in a humid chamber with their roots submerged in water. The dehydration-rehydration process was undertaken four times. Each time, researchers quantified the transcription of genes related to stress response. Transcription is the first step of the process in which genes produce the substance they code for.

Researchers found that when exposed to drought for the second time, Arabidopsis plants showed increase in their transcription rate. Besides, their leaf cells had an increased capacity to retain water. They also found that in rehydrated state, the transcription level was low. However, the genes retained high levels of protein marker H3K4me3 and the activity of the enzyme Ser5P Pol-II was stalled. This helps plants deal with stress faster the next time. In hydrated state, the plants could retain memory of dehydration stress for five days. The study was published in Nature Communications on March 6.

“Drought hardening has been known from general practice. We have revealed some events that drive this mechanism to the molecular level,” says Zoya Avramova, professor at the School of Biological Sciences, University of Nebraska, who led the research.

The research is a major step in understanding how stress experience is stored and influences regulation of genes in stress tolerance, says Uwe Conrath, professor at the department of plant physiology, RWTH Aachen University, Germany. “This could facilitate biotechnological approaches to develop pesticides or drugs and plants with enhanced capacity to ward off abiotic stresses, such as drought,” he says.