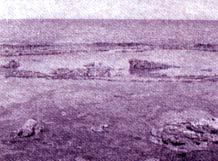 The island of San Miguel De Cozumel, which lies off the Yucatan peninsula, is up in arms against a proposed 550 m pier for cruise liners near its famous Paradise reef. The reef is home to thousands of colourful sea creatures and a diving treat for committed scuba divers. The new project "is paving Paradise to put up a parking lot for cruise ships", fumes Bob Sterner, a scuba diver. Interestingly, the pier has the backing of the Mexican government.

Angry Cozumel greens have lodged an official complaint with the North American Free Trade Agreement's (NAFTA) Commission for Environmental Cooperation and have accused the Mexican government of having sidestepped its own laws which require that extensive environmental studies have to be carried out for any new project. But for Cozumel inhabitants, it could be a losing battle as the Commission does not have the powers to curtail new developments, eco-friendly or not.