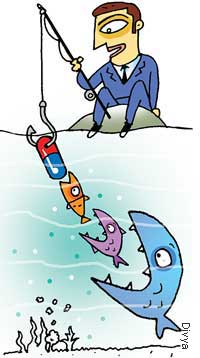 The  antibiotic industry boomed during the 1950s. The wonder drugs were fed to human beings and animals alike. They slowly permeated the environment—factory effluents seeped into groundwater; manure and sewage contaminated the soil. Microbes adapted to the changing environment by mutating, quickly. They entered the food chain and ended in humans, as usual, but without the fear of losing out to the immune system.

Though the level of antibiotic contamination and the resulting resistance has been documented, there is little data to quantify the damage. Researchers from the UK and The Netherlands extracted bacterial dna from soil samples collected at five sites in The Netherlands between 1940 and 2008. They found the bacteria had gradually turned more resistant. For example, the genes resistant to the class of broad-spectrum antibiotics, tetracyclines, became 15 times abundant in 2008 than in the 1970s. This is despite continued efforts to reduce environmental levels of antibiotic contamination.

The results were published in Environmental Science and Technology on 21 December, 2009. Scientist David Graham at Newcastle University in UK, who led the study, said: “The question remains with more stringent European regulations and greater emphasis on conservative antibiotic use, why are resistant gene levels still rising?”