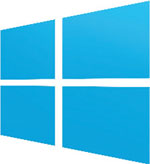 A group of open-source advocates in Spain has accused Microsoft of making it difficult for users of Windows 8 to install alternatives. Hispalinux, an 8,000-member organisation that advocates for, and facilitates use of Linux in Spain, has filed a complaint with the European Commission’s Madrid office. Microsoft requires the Unified Extensible Firmware Interface (UEFI) Secure Boot to be installed on computers that run Windows 8. While this protects computers against malware and installation of other unwanted software, it makes it harder for users to install Linux-based operating systems. This is absolutely “anti-competitive,” Hispalinux head José Maria Lancho told Reuters.

But Richard Edwards, a principal analyst at the UK’s software research firm Ovum, says many buyers of Windows 8 will cry foul over UEFI.