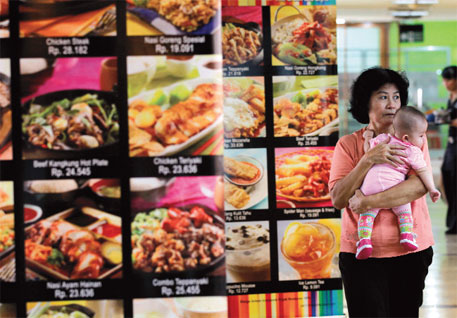 JUNK food is the main culprit behind obesity epidemic plaguing the world. But ill-effects of poor nutrition range much beyond weight issues. A team of researchers led by Deakin University, in Geelong, Australia, carried a research on pregnant women and their children after they were born, and found a strong connection between nutrition and mental health.

For the study, the scientists analysed data collected from pregnant women and their children when they were six months, one-and-a-half years, three years and five years old, between 1999 and 2008. They developed a food frequency questionnaire to assess maternal diet and observed two dietary patterns: healthy and unhealthy. “A healthy pattern was characterised by high intake of vegetables, fruit, high-fiber cereals and vegetable oils, while unhealthy pattern involved high intake of processed meat products, refined cereals, sweet drinks and salty snacks,” states the study.

The researchers found that absence of healthy diet, both for the mother during pregnancy and for the baby after birth, increased the risk of emotional and behavioural problems in children. According to the study, published on July 19, in Journal of the American Academy of Child and Adolescent Psychiatry, poor diet quality in early childhood is linked to risk of depression and anxiety. The researchers say this happens because deficiencies of certain nutrients during critical phases in brain development result in irreversible functional changes in the brain.

The most critical period is pregnancy and the first two to three years of life, during which there is rapid brain growth. They say a famine during pregnancy results in an elevated risk for major depression in offspring, supporting a link between maternal nutrition and children’s neurodevelopment. A rapidly developing evidence base from preclinical studies indicates an important role of maternal diet in influencing development of neurotransmitter systems in offspring, say the researchers.

“While this study looks like an exciting breakthrough, I would not draw any conclusions from it. There are many reasons for difficult behaviour. Parents who are over-indulgent, permissive and controlling, or those who do not pay much attention to the child, family conflicts, poor disciplining, can all give rise to bad behavior,” says U Gauthamadas, professor and head of the department of psychiatry, at MAP Institute of Medical Sciences and Research in Chennai. “Mother’s who take an unhealthy diet are more likely to be an indulgent and neglectful parent with poor control over situations and self. All these have not been factored in by the study,” he adds.

Dietary fat intake and the risk of depression: The SUN Project