The mining scam unfolding in Orissa shows companies, big and small, have been illegally extracting ores worth hundreds of crores of rupees for years.

The state vigilance department began probing the scam after the opposition highlighted irregularities in mining in July last year. Till date it has registered 11 cases against individuals and mining companies, including big names like Rungta Mines and Ms Serajuddin and Company. The department has also filed cases against some forest and mining officials who allegedly connived with mining companies.

Sources in the vigilance department said scrutiny of papers so far has revealed illegal mining to the tune of at least Rs 500 crore. Veteran journalist Rabi Das, who filed a public-interest petition in the Supreme Court on illegal ore extraction, pegged the figure at Rs 50,000 crore.

It is unprecedented, said Das. Most of the illegal mining took place in tribal-dominated Sundergarh and Keonjhar districts rich in iron and manganese ores. Orissa has more than 17 per cent of India’s mineral resources.

The mines department, said sources in it, has suspended operations in 140 mines and action against more mines is likely to follow.

“Most of these mines had applied for renewal of lease but failed to produce environmental clearance and the consent to operate of the pollution control board,” said an official of the mines department.

Several of the 155 mines that have applied for lease renewal, have been operating taking advantage of a clause of the Mineral Concession Rules 1960.

Sources said in most cases lease renewal applications were deliberately kept pending by officials so that mine owners could operate without fulfilling mandatory requirements like environmental clearance and consent to operate of the pollution control board.

It was only when the opposition turned on the heat that the government cracked down on illegal mines. On October 1 last year, Ashok Dalwai, commissioner-cum-secretary of steel and mines, wrote to the director of mines that there had been reports of illegal mining, including mining beyond permitted areas. Mine operators, he wrote, moved survey stones and boundary pillars to access areas not authorized for mining.

“Such violations appear to be more common in the case of operation of mines under the provision of deemed extension period,” he wrote, adding that an applicant for renewal of mining lease is likely to assume that deemed extension of lease is also an automatic permission to undertake mining operation without having fulfilled statutory and other obligations.

The secretary clarified renewal was equivalent to granting a fresh lease, therefore, the applicant requesting renewal of lease should obtain statutory clearances and adhere to other procedures required before operating the mines (see: By the book). He directed the deputy director of mines and other mining officers to verify the status of all working mines and stop their operations in case of default.

The vigilance inquiry has unearthed several cases of default. One case pertained to illegal mining in an area M/s Ram Bahadur Thakur ( rbt) Ltd had proposed for lease. The company had applied for lease to mine manganese ore in 96.6 hectares (ha) in Kolha Rudukela, Bhuyan Rudukela and Katashi villages of Keonjhar in 1991. It did not get the lease because it could not furnish the required clearances. 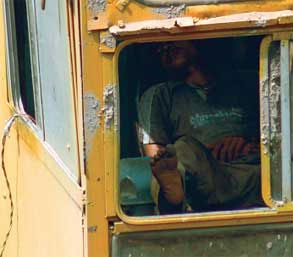 It, however, got the permission to dig trenches and pits in the area for exploration through Soumendra Narayan Dasmohapatra, who acted as the representative of the company, said vigilance officers who investigated the case. In the name of exploration the company extracted and sold 1806.72 tonnes of manganese ore. Sashadhar Sahoo, the then deputy director of mines, Joda, allowed illegal lifting of ore from the trial pits, alleged the officers. The vigilance department has filed a case against Sahoo.

The fraud did not end there. In 1996, Dasmohapatra himself applied for mining lease in the same villages and nearly six years later was given permission to mine 36.4 ha adjacent to rbt Ltd’s proposed mining area.

When vigilance department officials, accompanied by mines officials, inspected the area in July 2009, they found large-scale extraction of manganese in rbt’s proposed mining area close to the area leased to Dasmohapatra and in a stretch of forestland between the two. The value of illegally mined ore was about Rs 110 crore.

Dasmohapatra had also built houses on the forestland and installed a screening plant for separating ore particles in the area proposed for lease by rbt Ltd. “Thus, it is evident that Sri S N Dasmohapatra has indulged in illegal mining by raising manganese ore from the forestland, ie, outside of his lease area,” noted M Radhakrishna, vigilance deputy superintendent of police, in a letter to the vigilance superintendent of police, Balasore division, on August 10. The officer recommended action against two senior mines department officials for submitting false inspection reports on mining activity in the area.

Mining officials had allowed another person, Shakti Ranjan Das, who claims to have power of attorney of rbt Ltd, to engage private guards in the proposed lease area of the company, thereby allowing unauthorized persons to enter the forest area. “During physical verification it was found that Sri Shakti Ranjan Das had entered the forest land, illegally dug big pits/trenches and constructed permanent houses, labour sheds in the proposed lease area of M/s R B Thakur Ltd, apparently with the knowledge and permission of Dy Director, Mines,” Radhakrishna wrote in his letter. Inquiry revealed manganese ore had been extracted in the forest land, he added.

The Indian Bureau of Mines had also detected unauthorized extraction of manganese ore from the proposed lease area of rbt Ltd and the area adjacent to it during a survey by officials of its Bhubaneswar office in end-August, 2009. The survey revealed 56,453 tonnes of ore had been secretly extracted.

rbt Ltd is learnt to have been liquidated in 2008. An affidavit signed by its former chairman-cum-managing director Chatur Bhuj Sharma and dated August 17, 2009, says Dasmohapatra was employed with rbt between April 1, 1993 and March 31, 1996, for liaising with the government and business development but was not entrusted with mining activities. The affidavit also says Dasmohapatra is being falsely implicated in illegal mining.

Fresh demarcation of lease boundaries began only towards late October last year but progress has been slow since the mines department is understaffed; over 100 posts are lying vacant.

While officers in the state pollution control board refused to comment on the allegation, they maintained on-the-spot verification was not possible in each case. The board often depends on secondary data from the Indian Bureau of Mines and the data usually arrives late making monitoring more difficult, they said.

State vigilance director Anup Patnaik said cases were also filed against Indrani Patnaik mines in Keonjhar and Kasiabeda mines in Mayurbhanj district. More frauds are likely to be exposed as the investigation progresses. This is just the tip of the iceberg, said state Bharatiya Janata Party president and former Sundergarh MP, Jual Oram. The opposition party is demanding a cbi inquiry into the scam. “We are not going to let go of the issue,” Oram said.

Summing up the scam, Orissa’s former advocate general Jayant Das, said, “It is a case of subversion of the rule of law through private and government partnership resulting in a colossal loss of national wealth.”