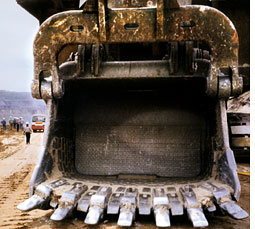 The Zambian government's attempt to increase earnings from its rich copper deposits by raising mineral taxes to global standards is facing stiff resistance from foreign mine owners operating in the country.

In a submission to the National Assembly of Zambia on February 12, the mining firms rejected the new mining tax regime, saying it is "illegal and excessive". The revised taxes contradict legally binding development agreements signed on the basis of 0.6 per cent royalty tax, say mine owners. They have threatened international arbitration.

Finance minister Ng'andu Magande had introduced the revised fiscal and regulatory framework for the mining sector in the budget announcement for 2008. He raised mineral royalty taxes from 0.6 per cent to 3 per cent, pegged corporate taxes at 30 per cent and imposed a large windfall tax on copper and other metals.

The government decided to raise taxes after discovering that Zambia had the lowest mineral taxes despite an unprecedented boom in the copper industry. The new fiscal regime will be effective from April 1 and the government aims to earn about us $ 415 million from mines in the current fiscal year as opposed to us $ 141 million in the previous fiscal year.

Zambia's deposits of copper, cobalt and other minerals are fetching high prices and drawing huge foreign investment, particularly from China.