Facing the heat of slowed economy and protests from environmentalists, PM has called for a public mandate on whether to allow investment in mining or cut spending 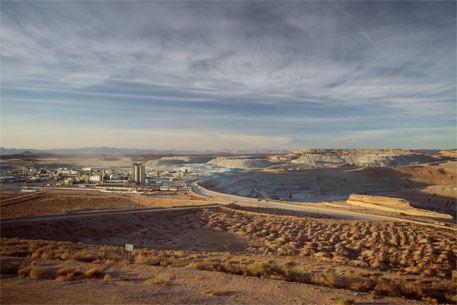 Mongolia, on Saturday, staged a unique referendum—possibly for the first time in the history of the world. According to an earlier televised address by Prime Minister Saikhanbileg Chimed, the government had decided to use text messages to get inputs from Mongolia’s three million citizens about how country’s dwindling economy can be revived.

The landlocked country has been witnessing a slowdown over massive political opposition to multinational owned mining projects in the country over the past one year. Experts, however, say that the trigger for this move is a dispute between the government and Rio Tinto—a global mining company—over financing of a copper mine.

Two months after winning the election, Saikhanbileg (46) took to national television on January 28, 2015 to give his viewers a choice. He explained the economy is slumping along with foreign investment, so they have to decide whether to “forge ahead with multibillion dollar mining projects” or “cut spending and scale back”.

The prime minister then invited citizens to send text messages over four days, starting Saturday January 30, 2015, on what they prefer to do. According to Bloomberg, Mongolia’s economy which is dependent on mineral exports such as copper and coal has slowed down from a record 17.5 per cent in 2011 to around 7 per cent in 2013.

Much of the slowdown is due to a collapse in investment, highlighted by a tax dispute with Rio Tinto Group, the country’s biggest foreign investor, over financing of the US $6.6 billion Oyu Tolgoi mine. Investment for a mine that is one of the world’s largest copper and gold deposits was the biggest foreign direct investment till date for Mongolian economy. A consortium of 15 banks, including the World Bank, is financing the project in which Mongolian government has 36 per cent of the stake. But over the past three years, Mongolia’s currency Tugrik has fallen by 42 per cent against the US Dollar following heated exchanges between Mongolian government and Rio Tinto.

On the other hand, the environmentalists have accused Rio Tinto for not conducting a cumulative impact assessment in the southern Gobi desert area. It has been estimated that around 4,000 herders having about 200,000 livestock will be impacted due to the loss of pastoral habitat.

Furthermore, the mine plans to source water from two rivers in the already water-stressed region of Gobi desert to these projects. The groundwater reserves will only last till 2020 when the underground mine becomes operational. The open-cast part of the mining has been functioning since July 2013. However, just as the company decided to move to the ‘Phase 2’ of these mines, differences between Mongolian government and Rio Tinto grew into heated debates with politicians opposing the project.

Saikhanbileg’s approach of democracy-by-text-message is an attempt to end the growing stalemate among the politicians who claim foreigners are pillaging the nation’s mineral wealth against those who say overseas investment is needed for growth.

“The Mongolian people need to decide whether they want foreign direct investment or not,” Dale Choi, head of Independent Mongolian Metals and Mining Research told Bloomberg.

The Prime Minister is acknowledging he needs a public mandate to break the current stalemate, which is caused by a large group of decision makers, Choi said.

Defeat for Vedanta as indigenous community rejects mine plans