Why the new mining Bill needs a relook 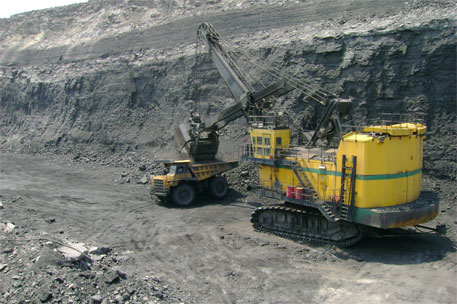 Amidst protests by the Opposition, the Lok Sabha, on March 3, passed the Mines and Minerals (Development and Regulation) Amendment Bill (MMDR) 2015 to replace the Ordinance promulgated in January. The Bill has a few more steps to go before it becomes law. But it is important that we understand its implications on people and environment, and on the future of the mining sector itself.

For over a decade, we have debated the need to amend the MMDR Act 1957. The conversation intensified with the publication of the report of the High Level Committee on National Mineral Policy (2006) and the 2008 report of Centre for Science and Environment (Rich Lands, Poor People: Is ‘Sustainable’ Mining Possible?). Then the Mines and Minerals (Development and Regulation) Bill 2011 was drafted and introduced in Parliament. But due to disagreements within the UPA government and pressure from industry, this Bill was allowed to lapse in February 2014.

The MMDR Bill 2015 is a distorted version of the MMDR Bill 2011. A coherent whole has been truncated to suit the short-term interests of industry and all progressive ideas to improve the environmental and social performance of the sector have been thrown out of the window.

The mining sector is plagued by multiple regulations, discretionary decision-making powers, weak institutions, inadequate monitoring and feeble enforcement. These are the reasons for large-scale irregularities—illegal mining, destruction of environment or ill-treatment of mining-affected communities. Simply put, the entire governance structure of the sector is outdated.

The reforms proposed include introduction of an auction mechanism for allocating all mining concessions; provisions for timely decisions; increase in penalty for violations; and creating special courts for speedy trial of offences.

Considering the challenges, these reforms are inadequate and some of them may create more problems. For example, simply increasing penalty for violations within the existing institutional framework makes rent-seeking behaviour lucrative and will not be effective in curbing illegality. Similarly, auctioning of mineral concessions requires scientifically competent institutions to establish reserves and valuation. In the absence of such institutions, auctioning can be manipulated. Auctioning, thus, is not a substitute to but a part of the larger reform in governance. The biggest problem is that the Bill jeopardises all efforts made in the last 10-15 years to improve environmental and social practices in the mining sector.

Environmental performance is closely linked to how a mine is opened and how it is ultimately rehabilitated and closed. In fact, it is said that a mine should not be opened if it cannot be closed. The MMDR Bill 2015 undermines this very principle.

Under the new Bill, all mining leases will now be granted for 50 years. The lease for existing mines has also been extended to 50 years. After expiry, leases can be re-auctioned.

From an environmental perspective, it doesn’t make sense to keep thousands of mines opened at one point of time as every open mine is a source of pollution. But this is what the 50-year mine lease provision will do. From an economic perspective, it doesn’t make sense why mines should compulsorily be given a 50-year lease period; it amounts to sitting and speculating on resources. Thus, it makes sense to open a mine, remove all minerals quickly and progressively rehabilitate and close the mine and return the land to the landowners. But the long lease period with subsequent re-auctioning provision means leaseholders will do the opposite. They would keep the mines open and shift the burden of rehabilitation to future generations. The long lease period means it will be difficult to establish appropriate financial guarantees to ensure that mine closure will happen. This will bring back the practice of “dig and run”, adding to India’s poor legacy of “orphaned” mines.

The MMDR Bill 2015—along with the changes proposed in environment and forest clearances, Land Acquisition Act and Forest Rights Act—will further alienate communities and increase conflict in mineral rich areas. The relationship between mining companies and communities has a legacy of abuse and distrust. This is reflected in the fact that India’s most mineral-rich districts are also its poorest, as communities have benefited the least from the wealth of mining. Recognising this, the MMDR Bill 2011 had specified that for major minerals, the leaseholder should pay the local community an amount equivalent to royalty each year. For coal and lignite, it was to be an amount equal to 26% of profit after tax. This money was to be put in a fund for certain specified benefits. The Bill has considerably diluted these provisions.

First, leaseholders are now required to pay not more than one-third of the royalty for all minerals. Second, it is now up to the states to decide how these funds will be used. So, not only the size of the funds has been considerably reduced, they can now be potentially misused too.

The MMDR Bill 2015 will lead to more displacement of people. The Centre now has discretionary power to allow mine leases beyond the stipulated 10 sq km lease area. In general, larger lease area means more displacement. With an already poor record of resettlement and rehabilitation, this provision can create more conflicts. The government’s other move, the proposed changes in the Land Acquisition Act, will alienate communities further as it removes the requirement of consent of landowners for acquiring land for private and public-private infrastructure projects (which includes mining). Similarly, the provision of public hearing and consultation is being diluted in the environment clearance process.

All these changes mean that neither are the benefits from mining going to be shared adequately with the affected people, nor will they be asked before their lands are acquired for mining activities.

Not a win-win for the sector

Despite diluting social and environmental provisions, the MMDR Bill 2015 will not help the mining sector in the long run. The development of the mining sector requires fair play, clarity of processes and security of investments. Though the Bill intends to achieve all these objectives, its prescriptions may achieve the opposite.

The Bill provides for granting all types of mineral concessions through auctioning. However, auctioning doesn’t work in all situations.

Auctioning is the best way to allocate concessions where deposits can be accurately established and assessed. But in cases where mineralisation is not properly established, auctioning can result in undervaluation of minerals and subsequent lower revenue for the government, or overvaluation, resulting in the inability of the concession holder to meet commitments. Auctioning, therefore, is not suited for prospecting. For prospecting, a transparent first-in-time principle is used globally. By mandating auctioning of prospecting-cum-mining leases, the Bill has introduced huge uncertainty. Similarly, the Bill might end up restricting investments in exploration.

The long-term growth of the sector is dependent on advanced technologies and large investments in exploration. Though public investment in exploration is important, reconnaissance/regional exploration requires private risk capital. The Bill discourages this. On one hand, it promotes “open sky” policy for reconnaissance by granting non-exclusive permits, while on the other hand it does not guarantee any return to the investors. This will restrict investment in hi-tech exploration, which is urgently needed for deep-seated strategic minerals.

The proponents of the MMDR Bill 2015 have decided to ignore past mistakes. For short-term growth, they are taking the sector back to the exploitative practices of the past. This will hurt the long-term sustainability of the sector itself.

The Mines and Minerals (Development and Regulation) Amendment Bill, 2015

The Mines and Minerals (Development and Regulation) Amendment Ordinance, 2015

Supplementary note for the Group of Ministers on Mines and Minerals (Development and Regulation) Bill, 2011