Despite an acute power shortage in the country, the ministries of power and environment find each other the main obstacles in achieveing their respective goals 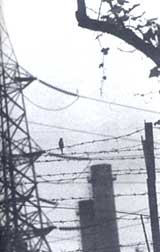 THE CONTINUING stand-off at the Centre between the ministry of power and the ministry of environment and forests (MEF) easily rates as the worst intra-cabinet squabble in the Narasimha Rao government. Both ministries, their heads and their mandarins bicker constantly -- and often acrimoniously -- on the issue of environmental clearances for power projects.

Besides intensifying the power shortage, clearance delays have resulted in cost overruns amounting to about Rs 15,000 crore, according to cabinet secretary S Rajagopal, who was until recently power secretary. On the other hand, the MEF contends it is only doing its job and the delays are primarily because project data supplied by the power sector are inadequate.

The differences between the two wrangling ministries forced the Prime Minister to intervene -- but without much success. The paranoia in government circles is so rife that when Rajagopal was made cabinet secretary, commentators observed that this was a message for the environment ministry. Matters reached a head earlier this year when the prime minister assured the power ministers' conference that the government would decide within a month about those power projects which were ready in all respects except for environment clearance.

Kamal Nath, minister of state for environment and forests, however, was quick to point out that the Prime Minister had only said decisions would be taken and it was not necessary that all projects would be cleared. At the first meeting convened by the prime minister's office to bring the sides together, the Kayamkulam project in Kerala was the only one granted clearance. The rest were returned for further clarifications. The meeting, at a later date, drew up an action plan to decide the fate of 33 projects.

Kalpnath Rai, minister of state for power, later told the consultative committee of members of parliament that "the power sector has been singled out for tough environmental standards, and steps should be taken to rationalise and streamline the clearance process. Only then can the power sector meet its targets for capacity creation."

The financial crunch and the land acquisition problem have added to the power sector's woes. For instance, the Koel Karo and Kalgaon projects in Bihar face resistance from local communities who do not want to be displaced. In addition, getting forest land to build power stations is a problem. A review of the power sector has revealed that 39 big projects are behind schedule - pushing costs up by a massive 77 per cent. Power managers believe that delays could have been avoided if clearer and more realistic guidelines for environmental clearance were set. But the MEF thinks that already not enough is being done to minimise ecological damage and that any discussion on "realistic" targets would only dilute standards.

T R Satish Chandran, director of the institute of social and economic change, Bangalore, and former secretary in the central ministry of power, says the problem is two-fold. Firstly, many of the older power projects were built when environmental considerations were not prominent in project design. These continue to be environmental problems. "Out of some 65 thermal power plants in India (excluding three closed plants), only 21 fully meet requirements of the regulations. There was partial compliance in 20 cases." The second problem is to ensure that new projects are as 'green' as they can be.

Environmental guidelines were imposed from 1986 and power projects of over 200-mw capacity have to obtain site and project clearances before implementation. Large-project proposals are to be submitted to the Public Investment Board (PIB) for clearance and finally referred to the Cabinet Committee on economic affairs. The approval of the PIB is subject to clearance by the environment ministry. Smaller state government and electricity board projects go to state pollution control boards for approval.

According to the MEF, during 1991-92, 23 thermal power projects were received for environmental clearance and additional information was received on 14 pending projects. Of these, 16 were granted environmental clearance and 13 were rejected due to environmental problems or inadequate information. Ministry officials maintain that "power projects are often taken up with total disregard for environmental guidelines, with the hope that once the initial investment is made the clearances can be pushed through." An MEF official adds, "The recent debate on the Tehri dam shows that when conditional clearances are given, safeguards are flouted with impunity." The most contentious thermal power projects pending clearance now, according to the MEF, are the Bawana gas-based thermal power station (TPS), where site clearance has been held up because of its proximity to Delhi city; the captive power plant of the Gujarat State Fertiliser Corporation and the expansion of the Indraprastha power plant in Delhi, because of excessive emission levels; the Dholpur TPS in Rajasthan, because it is sited close to a crocodile sanctuary; and the 20-mw captive power plant of Maruti Udyog in Haryana, which has been held up until clearance of the HBJ pipeline which will supply gas for the project.

The environment ministry also has the burden of implementing controls and standards that have still to be clearly defined for tropical regions. For instance, desulphurisation is not carried out in Europe, where the sulphur content in coal and the scale of thermal power generation is higher than in India. But Indian environmental regulations demand desulphurisation. National Thermal Power Corporation (NTPC) officials argue that a desulphurisation plant would account for 25 per cent of the capital cost of a power station. Satish Chandran concurs, "There is an opinion that dispersion of emission of oxides of sulphur by having chimney stacks of a sufficient height is adequate. But where there is a concentration of power plants or a large plant, such equipment may eventually have to be made mandatory."

Another contentious issue is the requirement of 100 per cent utilisation of flyash from a plant. NTPC officials say, "This would be difficult. Even in Europe it is only 10 per cent." The fulfillment of this condition was the main factor in the clearance of the Kayamkulam project. The Kerala government agreed to set up a subsidiary company to manufacture bricks out of flyash. However, the cost of flyash bricks combined with transportation charges would make them costlier than the clay bricks available locally. Despite the clearance, the project is still grounded because Russia has backed out of the financing and the World Bank is not ready to put in the money. Nevertheless, Kalpnath Rai recently announced that the Prime Minister would "inaugurate" the moneyless project in August.

MEF officials point out that the flyash problem is manageable. "If companies in the private sector such as the Calcutta Electricity Supply Corporation can design their plants to fulfill this requirement and make bricks from flyash, why not a large public sector company like NTPC?" NTPC officials argue that the "scale of such projects are small."

With the current push for economic reform and the acute power shortage, NTPC is confident that environmental conditions for power projects will be relaxed. The environment ministry fears the government may be on the verge of toning down some of the stringent environmental guidelines to push through the projects.

Clearly, this dilemma has to be resolved by the country's leadership -- the nation cannot do without environment or energy.