Researchers who fail to meet the requirements would not considered for promotions, fellowships, future grants or appointments 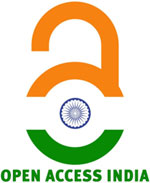 The Centre has made it mandatory for the researchers who receive funds from the Centre to submit a copy of their final research papers to open access journals or online open access repositories.

In the draft, DBT and DST have stated that since this research is funded by the public, it is necessary that the knowledge be made accessible to the public as soon as possible, so that it can be read and built upon. This will promote research culture in India.

In the past, Indian Council of Agricultural Research (ICAR) and Council of Scientific & Industrial Research (CSIR) have also released similar open access policies that encourage authors to make their work easily available to the public.

Traditional journals such as Nature impose a heavy subscription fee for access to their articles, thus limiting the viewers that these papers can reach. In some cases, authors may also be required to sign over their copyright of the paper to the publisher. Scientists consider it to be a matter of prestige to publish their research in these journals as it is believed that the quality of papers published here is superior to that of papers in open access journals.

But the trend slowly changing. According to T Vishnu Vardhan of Bengaluru-based Centre for Internet and Society, “For open access journals like PLoS ONE, a scientist or an author has to pay less than one-third of the cost of publishing that he would pay to traditional models. The publishers have for long been holding forth on the editorial quality that their commercial operations assure, which no more holds ground as the open access journals have historically demonstrated same level of efficiency.” He adds that this is primarily because most of the peer reviewing of scientific scholarly publication is done for free.

The policy proposes that a copy of the paper be submitted to the repository within a week of being accepted by a journal. If the journal imposes an embargo, the paper will remain in the repository, but be made open access only once the embargo ends. Journals can thus charge a subscription fee for the duration of the embargo period. However, the policy asks the authors to suggest that the embargo period be no longer than year.

The departments maintain that while they do expect the authors to publish their work in quality, peer-reviewed journals, the research work done by them should be judged on the basis of the merit of the work and not the journal it is published in.

It also states that authors must submit the deposit ID of the work in question along with the final work, and also while applying for any future funding, or their proposals will not be considered. For authors of research conducted in institutions that come under the control of DBT/DST which do not carry the deposit ID, the penalty proposed is severe. These authors will not be eligible for promotions, fellowships, future grants or appointments.

The policy also provides a copyright addendum which states that the author retains all rights to reproduce and distribute the article, as long as it is not done for monetary purposes.

It is hoped that this policy will encourage other departments to make open access research mandatory too. Senior scientist at ICAR Research Centre for Eastern Region and a member of Open Access India, Sridhar Gutam says that there is a lack of clarity amongst researchers in India over open access policies. He hopes that now that CSIR, ICAR, DBT and DST have rolled out open access policies, this will encourage discussion on the issue and once this policy is finalized, other departments and institutes of higher education and research will follow suit and introduce their own policies.