After a successful anti-nuclear energy campaign, a Danish group is happy to fade into history 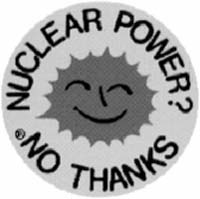 the force behind Denmark's opting out of nuclear energy -- the Organisation til Oplysning om Atomkraft ( ooa ), or the Organisation for Information on Atomic Energy -- is being closed down. Its records will move to the Royal Archives of the Kingdom of Denmark.

Its mission has been largely, if not wholly accomplished. Nuclear scientists cannot, even in their wildest dreams, imagine using atomic energy in Denmark today, a tribute to ooa 's power. The final success came after almost three decades when the Swedish nuclear power plant, Baarsebck Reactor I, in Malmoe, Sweden (22 km away from the Copenhagen Town Hall Square) was closed on November 30, 1999. Baarsebck Reactor II is scheduled to be closed by July 1, 2001, on the condition that alternative capacity or energy savings can be made in Sweden.

ooa may go down in history as one of the world's most successful mass movements. It was self-financed, independent of political parties and relied on peaceful methods to persuade public opinion through information and debate. A guarantee fund, established to receive voluntary public donations, was the sole mode of finance.

The organisation was created in January 1974, when nuclear energy received a shot in the arm in response to the oil crisis of 1973. Since the 1950s, the apex scientific research institution at Risoe had been expressing its hope of applying nuclear science for meeting the power requirements of Denmark. The Danish electricity companies and nuclear physicists were convinced of the feasibility of building atomic power stations. Indeed, 16 sites were identified and extensive feasibility studies made. The Director of the Power Company elsam went as far as to say: "You can discuss as much as you like, we are going to have atomic power in Denmark and you can't do anything to prevent it."

He had to eat his words. ooa 's relevance was highlighted in March 1979, in the wake of the Three Mile Island nuclear accident. The campaign and the intense national debate that followed destroyed all hopes of the atomic power lobby. The Chernobyl disaster in April 1986 sounded the death knell to all arguments in favour of atomic power. While neighbours, like Sweden, put up atomic power plants, Denmark, despite the scientific expertise that it possessed, opted against atomic energy. "We were fortunate that atomic power stations were not put up before our movement started," says Bjarne Nielsen, an ooa functionary who, since May 31, 2000, is overseeing the wrapping up of the remarkable piece of Danish history.

Despite the lack of fanfare, ooa is an example of informed, environmental activism. The symbol of the smiling Sun with the caption "Nuclear Energy -- No Thanks" was designed in Denmark at the height of the movement. The sticker and buttons that carried the memorable logo were translated into 43 languages.

The movement has given rise to the Organisation for Vedvarende Energi ( ove ), or the Organisation for Renewable Energy, a professional advocacy and consulting group. Denmark -- with a land area the size of the Indian state of Kerala and a population close to that of the city of Chennai -- is today a powerhouse that manufactures a lion's share of the world's wind energy turbines.