During his US visit, Prime Minister Narendra Modi expressed support for new global climate pact to be signed in Paris by end of 2015; two countries to cooperate on various climate protection and energy security measures 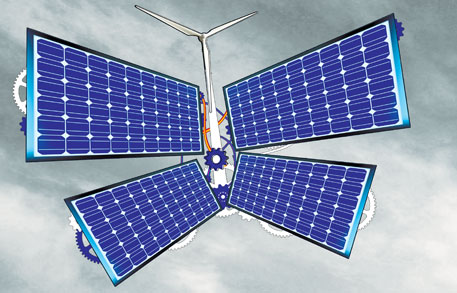 A highlight of Indian Prime Minister Narendra Modi’s visit to the US last week was the joint declaration with US president Barack Obama to address the threat of climate change and energy issues. Keeping in view India’s rising energy demands, energy access problems and need to enhance adaptation and loss and damage framework, the two leaders launched a partnership on clean energy, energy security and climate change.

Yet another venture under this set of agreements is the extension of the Promoting Energy Access through Clean Energy (PEACE). The PEACE programme is set to provide increased levels of private sector investment and fast track the implementation of cost effective, super energy-efficient appliances to provide a million more people access to modern sources of energy. In order to enhance private sector investment, the governments also agreed to form a new Clean Energy Finance Forum.

The joint statement also addressed the highly debated issue of hydrofluorocarbons (HFCS). It called upon the governments to form a bilateral task force to analyse the financial, technological and policy implications of including HFCs under the Montreal Protocol while leaving their emissions to be accounted for under United Nations Framework Convention for Climate Change mechanism (UNFCCC). The two countries had been in a state of logjam over this issue in the past, however, it appears that the  countries have taken positive steps to address the challenge posed by HFCs which cause global warming several times more than carbon dioxide.

The two sides also plan to set-up a new US- India Climate Fellowship Programme that aims to build long-term infrastructure and improve capacities for responding to climate change. Other agreed measures aim at improvement in air quality in India and improve India’s resilience against extreme weather events that have been hitting the country with alarming frequency.

Modi and Obama directed their officials to use the US-India Energy Dialogue and Joint Working Group on Combating Climate Change as germane platforms to advance cooperation of these climate and energy initiatives.

The two heads of state also inked a Memorandum of Understanding between the Export-Import Bank  (EXIM Bank) and the Indian Renewable Energy Development Agency (IREDA). The agreement provides finance of upto $1 billion for a transition to a low-carbon economy that gives climate and energy benefits, while boosting US renewable energy exports to India. A part of this finance will be used for expanding the new phase of Jawaharlal Nehru National Solar Mission (JNNSM) to 3,000 MW.

The joint communiqué also added, “Both leaders are committed to working towards a successful outcome in Paris in 2015 of the conference of the UN Framework Convention on Climate Change (UNFCCC), including the creation of a new global agreement on climate change.” There are still major differences over their positions in climate talks, but these commitments reflect the willingness of the nations to deliver on commitments to combat climate change.