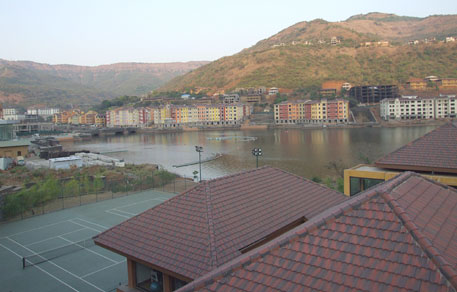 The Union Ministry of Environment and Forests (MoEF) has granted environmental clearance to the first phase of Lavasa township near Pune on November 9. The clearance is subject to several conditions. The first phase of the township, touted as Independent India’s first hill station, is being built in an area of 2,000 hectares (ha).

Construction work on 681 ha had already been carried out by November last year when MoEF stopped work on the project because the developer, Lavasa Corporation Limited (LCL), had failed to obtain the mandatory environmental clearance from the ministry. LCL challenged the ministry’s order in the Bombay High court. The company also applied to the ministry in February this year for a post-facto clearance. The ministry’s order follows a Bombay High Court directive of October 20, 2011, asking the ministry to decide on the application of LCL within three weeks. The matter is still pending in the court.

After the assessment of the project by its expert appraisal committee (EAC), the ministry had set five pre-conditions for the clearance of the project in June this year. MoEF asked the state government to take “credible action” against the violations of environmental laws by the developer. The other pre-conditions included: a resolution from the board of Lavasa that the company will not repeat the violations; the the scale and intensity of development of the hill town would adhere to the Hill Station Regulations,; at least 5 per cent of the total cost of the project shall be earmarked for corporate social responsibility (CSR); LCL shall give a commitment to earmark funds for the penalty decided by the ministry.

The company, in a resolution sent to the ministry in July, accepted all the pre-conditions. However, the Maharashtra government was reluctant to take action against the company. The court pulled up the Maharashtra government for its inaction last month. As a result the state was forced to file a criminal case against LCL in Pune  earlier this month for violating environmental laws. Follwing the high court order and the state government's action against LCL, MoEF decided it had no option but to give a final order on the environmental clearance to Lavasa.

While giving clearance, the ministry has put at least 55 specific and nine general conditions, which include conditions decided by EAC (see 'Conditions for environmental clearance'). According to the conditions, a high level committee will be constituted by the state government in consultation with the MoEF to examine, verify and monitor compliance with the conditions at various stages of development of the project. The committee comprising eminent experts, government officials and other stakeholders in the project will also verify the environmental restoration work by LCL mandated by the ministry and to assess the water balance in the reservoir downstream of the hill station.

What about public hearing? ask activists

The ministry’s decision has left the green brigade fuming. “It is a gross misconduct on part of the Central government to give environmental clearance to a project when the matter is pending in two courts—one of them is a criminal case,” says former IPS officer and advocate Y P Singh. He criticised Maharashtra chief minister Prithviraj Chavan for supporting the project and demanding clearance for it. “It is shameful for the chief minister to advocate the project when his government has filed a criminal case against it for such large-scale violation of environmental laws,” says Singh.

Singh demanded thorough investigations into the entire project to unearth more serious violations and financial irregularities. “Granting environmental clearance to the project that too when the directors are accused in a criminal case amounts to helping the accused. We will also study whether the clearance amounts to contempt of court as the matter is pending in the Bombay High Court also. The Central government should have waited till the prosecution was over,” Singh says.

Meanwhile, the chairman and managing director of Lavasa Corporation Limited (LCL), Ajit Gulabchand, has welcomed MoEF's decision. Talking to a news agency in Mumbai, Gulabchand said, “the stakeholders will be happy to hear this.” He said the decision would also reassure hundreds of villagers and workers engaged in the construction of the hill city project.

he Maharashtra, the government does not foresee any major hurdle in the execution of second phase of the project, provided it conformed to the guidelines issued by the Centre, Minister of State for environment Sachin Ahir said.“We will examine all aspects of the project following the clearance granted by MoEF. Some restrictions can be imposed, and if Centre’s guidelines are strictly complied with, I don’t see any major hurdle in the way,” he told reporters. The minister, who belongs to NCP, said if the government found anything in the first phase that could be considered a violation of the Centre’s guidelines, the Bombay High Court would be informed.

The National Alliance of People's Movement (NAPM),  an alliance of progressive organisations and individuals, the petitioner in the ongoing case in the Bombay High Court, has termed the ministry's approval as gross misuse of political influence. Vishwambhar Chaudhari of NAPM says the clearance is subject to the high court orders.

“The decision by MoEF is politically motivated and influenced by powerful leaders who are close to the promoters. MoEF has completely ignored the violations of EIA Notification 1994 and 2004 while granting the clearance. The claim that Maharashtra government has taken credible action does not have any substance as mere filing of criminal case does not amount to credible action,” says Chaudhari. “We will point out these things during the hearing of the case in the Bombay High Court on November 16,” he adds.

NAPM says the very basis of the clearance, the office memorandum sent to the LCL by a director level official from MoEF, will not pass scrutiny of the Bombay High Court. The fight will continue against the project. “We will also approach the Green Tribunal. I am confident that justice will be done in the high court,” Chaudhari says.
Web Specials Web Specials Web Specials Y P Singh Vishwambhar Chaudhari Union Ministry of … Sachin Ahir Public Hearing National Alliance of … Lavasa Corporation … Lavasa Expert Appraisal … environmental clearance EIA Notification … credible action Ajit Gulabchand
SUPPORT US