Moily keeps his promise to use public transport 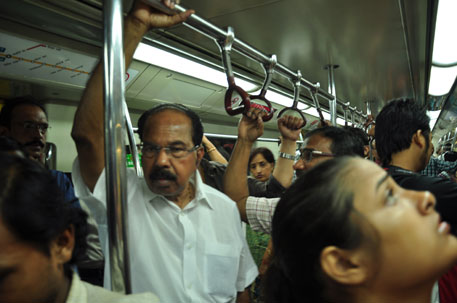 Union petroleum minister Veerappa Moily’s Metro ride to his office this Wednesday was different from his debut trip on October 9. He was not mobbed by media and commuters this time.

Moily has promised to use public transport to reach his office every Wednesday to promote fuel conservation and help cut India’s $ 5 billion oil import bill. While walking towards the Metro station on Wednesday, he insisted those accompanying him should walk on the footpath. While crossing the road, he asked his security personnel not to stop traffic for him. “Till the time, government officials don’t experience the problems of the public, they won’t be able to come up with any solution. So, I want my ride to be same as that of any other common man using public transport to reach his workplace,” he said.

Moily and those accompanying him were seen carrying their own Metro smart cards. As he got inside the Metro, passengers appreciated his commitment to save fuel. A few of them also spoke to the minister about his future plans.

Moily got down at Central Secretariat station, from where he walked to his office at Shastri Bhawan. Even while getting off the Metro, he asked his staff not to stop people boarding the train or getting out of the exit gates of the station. 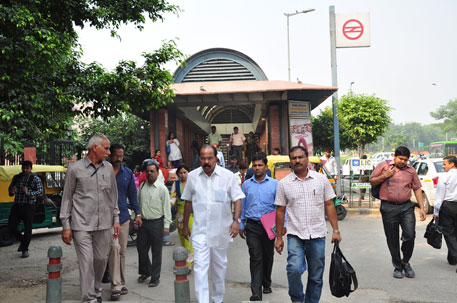