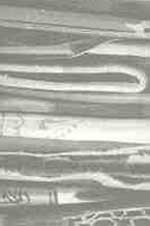 AFTER years of being called a mere "dogooder" activity, recycling has turned into a profitable industry for cities across the US, according to the information provided by a new study.

Only two years ago, one of the few good reasons cities could find for bearing the expense of recycling was saving on landfill space. Now, the recycling programmes they are sponsoring, have turned into veritable "cashcows" for municipal revenues, John Young of World Watch, a Washington-based research organisation, report Excerpts from Young's report have been published in the July-August issue of the us Information Service's Science Update. Starting in 1994, prices for recy- Clables have mount@d impressively. New York now expects to earn us $20- 25 million annually from the sale of the newspapers it collects when, it was pay- ing US $56 million to get rid of them just in 1993.

Similarly, at the beginning of 1994, Madison(Wisconsin) was paying out us $13 socaw of recyclables, and it now howst us S23 per tonne. It saves an additional US $40 for every tonne not put into a local landscape young.

Speculation is rife on what caused The change of tide in recyclables. Young See the answer in the tripling that has od to the 'production of goods bum recycled paper, metal and products since the past year or WaskIing on the product. Old &L which languished at almost 1991, has jumped 2,200 value, Young observes. Alluminium beverage can prices increased two-fold, and recycled glass prices rose by 80 M cent.

States across the us have albo legislated the use of recycled producis. Thirteen states now require newspapers in their areas to include set amounts of recycled newsprint. Fifteen others have contracted with newspapers to increase their recoveredpaper content.

In 1988, New York State created the Office Of Recycling Market Development to help strengthen industries that use recycled materials. It furnishes financing, technical assistance and market information to selected industries. Eighteen other states reportedly are following a similar course.

Yet, governmental efforts bav& not acted alone to generate the increase in demand for recycled products. Economic expansion in North America, Europe and Japan has created greater demand for consumer products, which has pushed up prices for recyclables.

When asked whether an economic downturn would wreck the market for recyclables, Young said in an interview that there would be harm, but that fundamental changes in several industries will ensure that demand for recyclables will outlast short-term economic fluctuations. For example, the us paper industry has largely retooled its facilities to benefit from the mountain of recycled paper collected in recent years, he said.