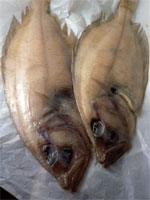 It was meant to stop the wasteful practice of catching fish only to throw them back into the sea to die.

It hoped to change British dining habits, by tempting the public to try previously unheard of fish like cornish pollack and the ugly but tender megrim. But celebrity chef Hugh Fearnley-Whittingstall’s Fish Fight campaign, which returned to TV screens on August 15, may have had the unintended consequence of driving up the fish consumption in the UK.

Figures from supermarkets show while sales of underutilised or sustainable species like mackerel and pouting have increased following the show’s first airing in January, sales of threatened fish like cod and tuna have held steady. Aniol Esteban of New Economics Foundation in London says, promoting unwanted species is a risky gamble which could lead to more demand for fish and put more pressure on our stocks.