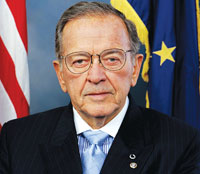 A New York Times investigation has revealed that months before the BP disaster, some Congressional officials in the US were pressing federal regulators about numerous safety concerns related to offshore drilling, potential oil spills and BP itself.

But they were rebuffed. The officials raised concerns about the safety of a BP oil platform in the Gulf of Mexico and about regulators’ failure to spend millions of dollars approved for oil spill research, among other issues, according to emails exchanged between officials and regulators at the US’ Minerals Management Service.

The documents offer a window into the relationship between drill regulators and Congressional officials. For instance, when a businessman in Alaska was upset because his aviation company was being shut out of an aerial surveying contract, Senator Ted Stevens, Republican of Alaska, urged the regulators to reconsider the contract.