More you sow, more you weep 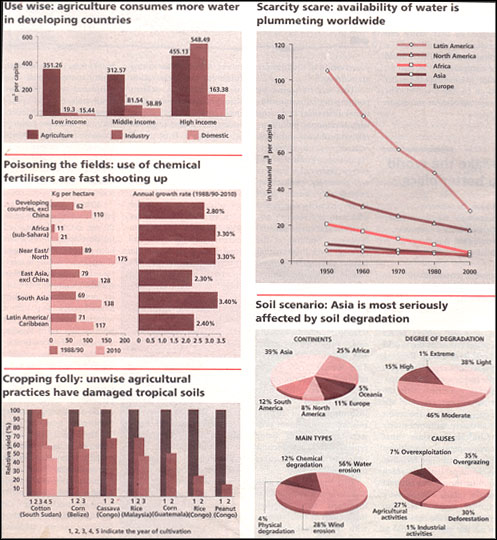 Ensuring food security for the future billions will tax the environment dearly. Already, one billion ha of arable land in the developing world is moderately to severely degraded, and another nine million ha more or less beyond redemption. Since agricultural land cannot be expanded, productivity is riding piggyback on increased use of fertilise.rs, pesticides, and hybrids, causing further degradation: 0.2-1.5 million ha/year lost due to waterlogging and salinisation, and soils depleted of essential nutrients in 1.2 billion ha worldwide, 450 million ha in Asia alone. Ironically, this has led to a decline in crop yields. By 2010, agricultural land would have increased by 90 million ha, much of it at the expense of forests, but still there may not be enough food for all.