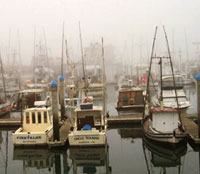 The wildlife regulators of California are creating the most extensive network of marine protected areas in the us. Under the regulation, fishing will be banned or severely restricted over stretches of the Atlantic Ocean.

The first chain of protected marine areas, spreading over an area of around 518 sq km stretching from Santa Barbara to Half Moon Bay, will come into effect in early 2007. The state plans similar protected zones along the intensely fished coasts of northern and southern California. This has angered the fishing community, which says the non-fishing zones will put more pressure on areas outside the reserves and could lead to increased seafood imports from countries with fewer marine protections.