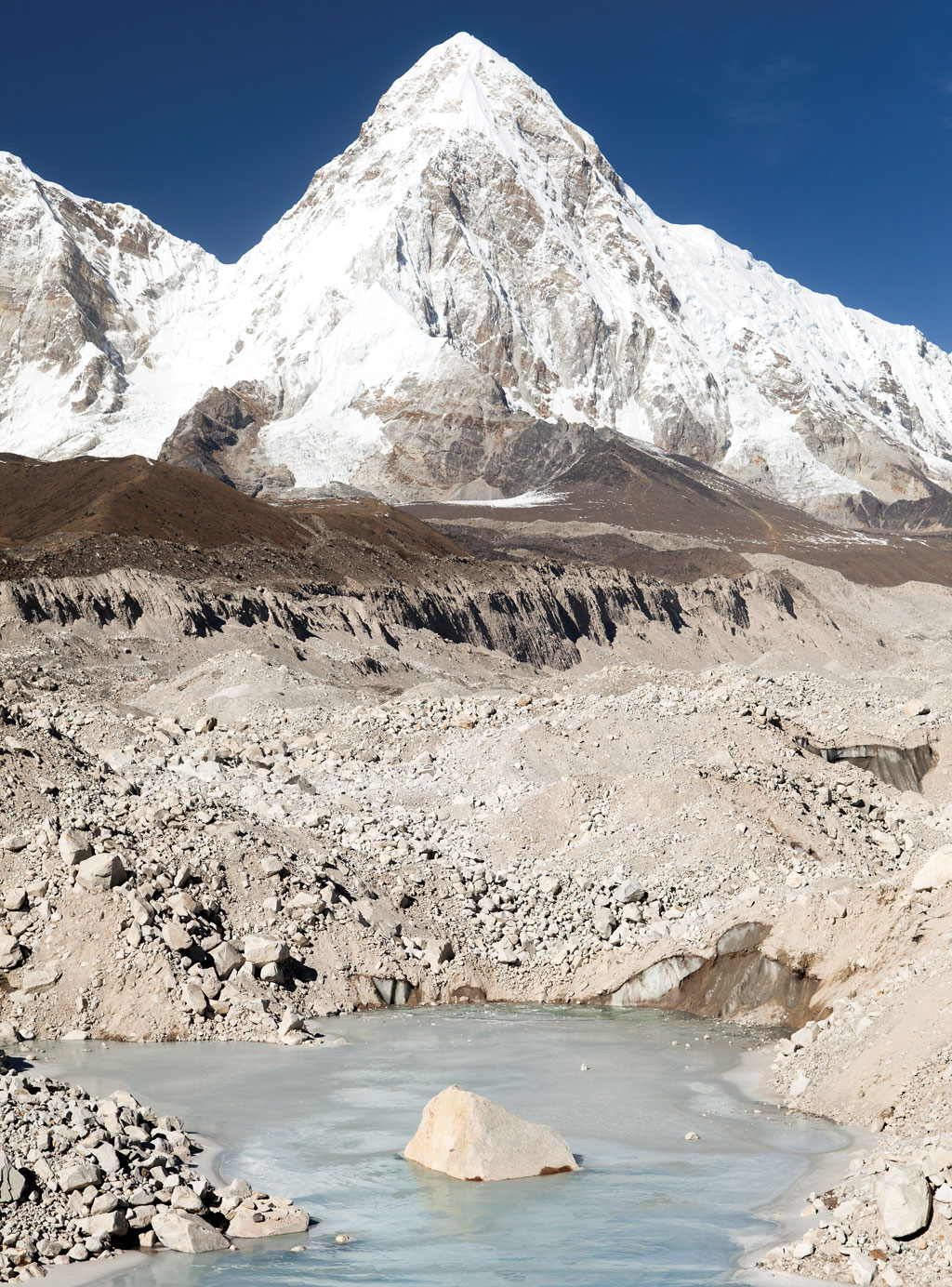 TILL THE 1960s, the Himalayas used to witness rain for seven days in a row every July. The Saat Jaad season was a highly revered geographical phenomenon, as rains recharged groundwater reserves and fed the rice bowl of Southeast Asia. Schoolchildren used to get leave for a week. The phenomenon began to fade away slowly, and by the 1980s, it had died an unnatural death. Scientists believe climate change is responsible, at least in part.

For over a century now, climate change has been affecting the Himalayas in more ways than one. Tem-perature rise is five to six times more than the global average. Of the 75 glaciers, 63 are shrinking. Climate change-induced disasters have become more frequent and several flora and fauna species are disappearing. Being one of the youngest mountain ranges in the world, it is vulnerable to climate change even without human intervention. Nearly two-thirds of Asia’s population are dependent on the Himalayas for its water requirements. It also sustains over 1.3 billion people, who are dependent primarily on subsistence agriculture.

Though there is global data on climate change, but there is insufficient data on the impacts of climate change on the Himalayan region, says H S Dhami, vice chancellor of Kumaon University. The exact impacts on mountain ecosystems and the linkages with other drivers of global climate change are yet to be investigated. This can be attributed to poor accessibility of the complex Himalayan topography. Here, the weather changes every two to five kilometres (km), as opposed to the plains, where, even in a 100 km area, the climate is uniform. The climate varies not only in different parts of the Himalayas, but also on different slopes in the same range. “The information provided by global models is coarse and it cannot be applied to specific regions,” says J Sanjay, a scientist at the Indian Institute of Tropical Meteorology (IITM), Pune. Of late, some initiatives are trying to map these changes more accurately (see ‘Monitoring models’).

For instance, researchers who are part of the Coordinated Regional Climate Downscaling Experiment (CORDEX) archive and publish their datasets on a climate data portal for dissemination to climate change impact assessment groups. These groups then interpret raw data on how climate processes over the continent may change. The Intergovernmental Panel on Climate Change pointed out the need for regional downscaling. This can be done by two methods. In dynamical downscaling, scientists focus on a region and run a global model with high resolution or they zoom into a specific region.

On the other hand, statistical downscaling is a two-step process to develop statistical relationships between local climate variables (such as surface air temperature and precipitation) and large-scale predictors (such as pressure fields). They then apply such relationships to the output of global climate model experiments to simulate local climate characteristics. Scientists have been successfully using both methods to study the climate in the Himalayas.

While data from northeast Himalayas show a decrease in overall precipitation, data from the northwest Himalayas reveal an overall increase in precipitation. Such assessments of downscaled data can help build capacity and expertise for decision making. “Till now, we have interpreted downscaled data only to analyse present scenarios (1970-2000). We are also working to predict the future (2020-2049) and the far future (2070-2099) scenarios using this data,” adds Dimri.

Some researchers have used India Meteorological Department data to understand rainfall changes. For instance, S Sreekesh of the Centre for Social and Regional Development, JNU, focused on stations in Uttarakhand with varying altitudes—Munsiyari, Mukhteshwar, Mukhim, Joshi-math, Dharchula and Dehradun—and found that though the number of rainy days has decreased since the 1960s, the amount of rainfall has remained the same. Rainfall over a short period of time could cause floods and other extreme-weather events, warns Sreekesh.

One of the biggest risk to the Himalayan ecosystem is caused by the melting of glaciers. To map the vulnerability of lakes, researchers are collecting data on the Glacial Lake Outburst Floods (GLOFs).

As the scientific community tries to find ways to assess the impact of a changing climate in the Himalayas, policymakers and local communities need to gear up to evolve appropriate mitigation and adaptive mea-sures and integrate climate adaptation in development plans, felt experts at a recent conference on Climate Change: Impact and Adaptation in the Himalayas in Nainital.

They said that there is a need to take into account GLOF data on the number of glacial lakes in regions where hydropower projects are being planned to map their vulnerability, as pointed out by Lohani’s study of the Teesta basin. Similarly, analysis of rainfall patterns in Uttarakhand could be used to plan rainwater conservation projects, they said. Dimri’s analysis of decreasing preci-pitation in northeast Himalayas could enable the construction of water con-servation projects and lead to effective flood management in the Himalayas. Mountains are transforming because their accessibility is being enhanced. “Therefore, mitigation is important, but adaptation has become vital, says J Bandhopadhyaya, a professor at JNU. We must save Asia’s water towers before it is too late.