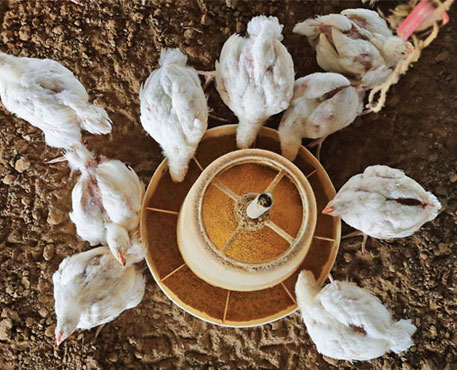 Days after a recent study released by Delhi-based non-profit Centre for Science and Environment (CSE) revealed the presence of antibiotic residues in chicken meat, questions about the large-scale unregulated use of medicines in poultry were raised in the Lok Sabha.

On Tuesday, a Congress MP from Kerala, M I Shanavas talked about the practice of using excessive amounts of antibiotics (meant for human beings) in poultry farms. He noted that antibiotics like oxytetracycline, chlortetracycline, doxycycline, enrofloxacin and ciprofloxacin are used in human beings. When these drugs are increasingly used in chicken that is consumed by humans, it affects antibiotic resistance in humans.

CSE, in its study, had found antibiotics in 40 per cent of the 70 chicken samples it had tested from Delhi and National Capital Region (NCR). Shanavas further urged the government to immediately take steps to contain the problem by conducting nationwide investigation in poultry farms with thorough examination of samples. He also proposed that these antibiotics should not be sold to anyone without a prescription and bulk purchases from chemists should be prohibited at the earliest.

The need for regulating antibiotics in poultry industry was also raised last week when Sultan Ahmed, a Trinamool Congress MP from West Bengal, under Rule 377 of the Rules of Procedure and Conduct of Business in Lok Sabha, urged that the Government should formulate comprehensive regulation, including banning of antibiotic-use as growth promoters in the poultry and meat industry. He also added that not doing this will put lives of people at risk.

CSE had found that more than 17 per cent of chickens had multiple antibiotics. The study pointed to the misuse and overuse of antibiotics in the poultry industry for commercial benefits due to lack of regulations. The non-profit had also pointed towards prevalence of high levels of antibiotic resistance across the country.

Amit Khurana who is programme manager, food safety and toxins at CSE, said, “It is good this important issue is being raised among the policy makers. The need for regulations is recognised. It would surely help the public health concern of antibiotic resistance.  He added that such overuse of antibiotics affects the human health through multiple routes. “In chicken, it creates reservoirs of resistant bacteria which can reach to humans through consumption of and direct contact with the chicken meat. The resistant bacteria can also get transmitted through the environment and affect those who do not eat chicken. Similarly, residues of antibiotics in chicken can make the bacteria resistant in soil, water and humans, ultimately leading to emergence and spread of resistance among humans,” said the CSE expert.