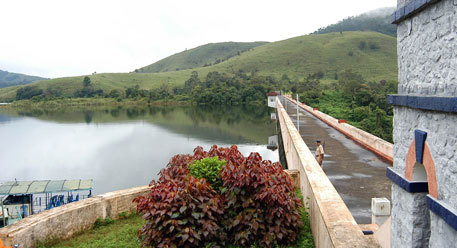 Although the five-member Empowered Committee appointed by the Supreme Court is yet to compile its report on the safety of the Mullaperiyar dam structure, sources say that its two-member technical team has said there is no need to decommission the existing dam.

The committee gave a final hearing opportunity to both parties representing Tamil Nadu and Kerala on January 3, and is expected to meet later this month to finalise the report. The committee, thanks to an extension granted by the court until February 29, intends to submit its findings on February 15.

Tamil Nadu has sought an increase in the dam's storage height from 41.5 metre to 43 metre as their irrigation needs have increased. Kerala is worried about the strength of the structure and is seeking immediate reduction in the water levels to 36.5 metre, and thereafter build a new dam. The state has offered to fund and build it, but Tamil Nadu has flatly refused the offer.

Kerala has maintained that the only solution is to establish a new dam downstream of the existing structure (See: Blunder 999). An alternative proposal has been made by C P Roy, former chairman of the Mullaperiyar Agitation Council (MAC). The proposal came as a shocker, and he was removed from the post on December 27, 2011. The MAC is of the view that a new dam alone can ensure the safety of people living downstream of the structure. Roy proposed that the minimum point of release of water from the reservoir, presently at 31.7 metre, should be reduced to 15.24 metre. This, he says, can be done at a fraction of the estimated Rs 600 crore needed to build a new dam, without having to deal with any of the hassles of decommissioning an existing structure. By doing so the dead or inactive storage (water in the reservoir that cannot be drained by gravity) will as a result be reduced, which can then be made available to Tamil Nadu. This proposal, according to Roy, will ensure the safety of people living downstream by lowering the water levels, all the while supplying water from the existing dam to Tamil Nadu.

“This is impractical because it will still lower the amount of stored water,” says M Sasidharan, former chief engineer of the Kerala state electricity board. It is in Tamil Nadu's interest to store more water in the wet season for use in the lean summer months. The proposal is also unscientific, he adds, since the power generation potential will reduce with water gushing from a lower height. “Either way Tamil Nadu will throw away this proposal, since the topography downstream does not allow them to create a new dam to store the requisite water for irrigation,” he says.

To study the strength of the structure and whether a new dam is necessary, the empowered committee, formed in February 2010, met representatives of both states several times. The committee reviewed various studies and investigations by several agencies. The investigation itself, however, was not carried out without further controversy. During the site visit on December 24, Kerala's representatives voiced concern over the technical team acted in a partisan manner. C D Thatte, former secretary of the Union ministry of water resources and one of the technical members was accused of expediting civil works. This was beyond their mandate of investigating the safety of the dam structure; Thatte is also believed to have openly said that the dam can be rectified and its life extended, which has irked officials representing Kerala.

The technical team has submitted its findings to the committee and has remained tight lipped on the issue. “I can't brief you till my involvement is over,” said Thatte in an email response to Down To Earth.