Environmentalists say people, not politicians, from both Kerala and Tamil Nadu must find the solution 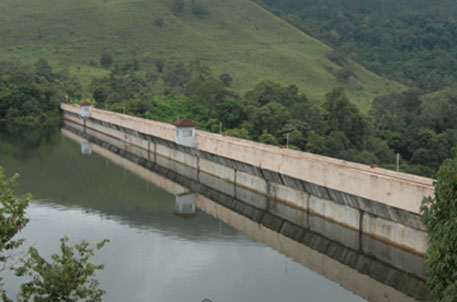 Members of Parliament from Kerala have decided to raise the Mullaperiyar issue in Parliament as well and bring the adverse impacts of the rise in the water level—unsafe condition of the dam and threat to the ecology of the Periyar Tiger Reserve—to the notice of the central government.

According to K C Joseph, minister for rural development and culture, the water level in the dam is currently at 141.6 feet, just short of the permissible level of 142 feet. "Tamil Nadu has adopted the strategy of reducing intake into the Vaigai dam in order to raise the water level in Mullaperiyar against the backdrop of the Supreme Court order," alleged the minister, while expressing concern over the possibility of a dam burst if the water level is raised.

In the wake of the apex court order, the Kerala Legislative Assembly, on June 9, had sought the intervention of President Pranab Mukherjee in making a reference to the Supreme Court about the threat to the safety of people.

Neighbours Kerala and Tamil Nadu have been fighting over the dam since the 1970s. The 120-year-old dam, over the river Periyar, is located in Kerala's Idukki district. Under an old agreement made during the British period, however, Tamil Nadu has been diverting water from the dam. While Tamil Nadu wanted to raise the water storage level to 142 feet to cater to the needs of the farmers in its five districts, Kerala was opposed to the move on the grounds of safety, stating that if the old dam were to breach, around four million people living downstream would be affected. The state has been demanding that the old dam be dismantled and a new one be constructed.

Danger to the ecosystem

After the level of water was reduced from 142 to 136 feet, a sub-forest developed in the area. With the water level in the Mullaperiyar dam nearing 142 feet once again, vast areas of this newly developed forest are under water. Two elephant corridors, at Ayyappankurukku and Edappalayam, are reported to be waterlogged. Thekkady lake, the tree stumps of which are home to many migratory and other birds, are submerged.

Even as Kerala raises the issues of loss of biodiversity due to a rise in the water level of the dam, the site identified by the state for the new dam is located right within the Periyar Tiger Reserve. Environmentalists in Kerala say that if the state is really concerned about conservation of biodiversity, it should abandon the plan for the new dam.

"If the water level in the dam rises to 142 feet again, it would submerge only the new forests that have developed after 1979," points out C R Neelakandan, a noted environmentalist. But if a new dam is
constructed, it will submerge even the oldest forests in the area, he says.

According to Neelakandan, political parties are turning Mullaperiyar into an emotional issue for the sake of narrow political gains and are ignoring the environmental and ecological aspects. "Civil society organisations, ecologists, dam experts and scientists of various disciplines from Tamil Nadu and Kerala should come together to resolve the issue. If a new dam is constructed, it will have to be dismantled after a few decades again on the grounds of safety.”

Environmentalists in Kerala have called for resolving the issues by initiating a dialogue between people in both states. "The need of the hour is to initiate a dialogue between people living under the constant fear of a dam burst in Kerala and those farmers in the dry districts of Tamil Nadu who fear they would be denied of water for irrigation," says Sara Joseph, writer and activist.

For a lasting solution to the long-standing battle, people must regain the space taken away by politicians, bureaucrats and contractors, she says. People must sit together and propose a solution that would address the concerns of both states.