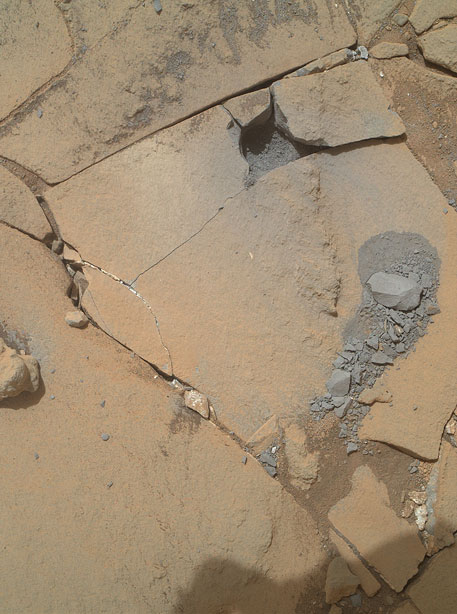 NASA’s curiosity rover on Mars has smashed up the latest rock it has tried to drill. The test drilling cracked the target rock, Mojave, and dislodged pieces of it. The robot’s power tool split the stone slab into several pieces as it hammered down to make a test hole.

Scientists working on the NASA mission will now have to find a new target from which to pull up a sample for analysis. “The rover team is evaluating whether an alternate target location in this area would make an appropriate site for sample-collection drilling,” NASA said in a press release.

The agency is planning a close-up investigation of the resulting rock fragments with freshly exposed surfaces.

“On Earth, field geologists carry rock hammers to crack rocks and expose fresh surfaces, but this is an unusual opportunity in a Mars rover mission,” the release said.