NASA’s Mars Exploration Rover Opportunity, which has been examining Martian craters since 2004, has set up its fieldwork site on the slope of a prominent hill jutting out of the rim of a large crater called Wdowiak Ridge.

“Wdowiak Ridge sticks out like a sore thumb. We want to understand why this ridge is located off the primary rim of Endeavour Crater and how it fits into the geologic story of this region," said Jim Rice, member of the exploration team. The ridge—about 150 metre long and stands about 12 metre above surrounding ground—is about two football fields’ distance outside the main crest line of Endeavour Crater’s western rim. A camera onboard the Opportunity has sent a panoramic photograph that shows the hill with the rover’s tracks along its base. 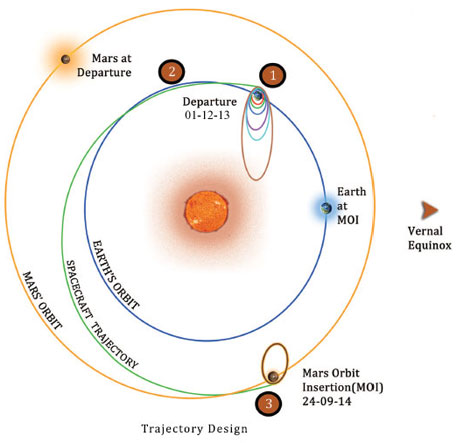 The ridge has been named after former team member Thomas J Wdowiak (1939-2013), who taught astronomy for decades at the University of Alabama, Birmingham. “Tom would have enjoyed this view,” said Rice.

Opportunity approached Wdowiak Ridge from the north on the rover's traverse along the western rim of Endeavour crater, which is about 22 km in diameter. The rover is now examining rocks that were tossed outward by an impact that dug a crater 30 metre wide into the southern end of the ridge. That much-smaller crater is called Ulysses. The Observation project is being managed by NASA’s Jet Propulsion Laboratory, a division of the California Institute of Technology in Pasadena.