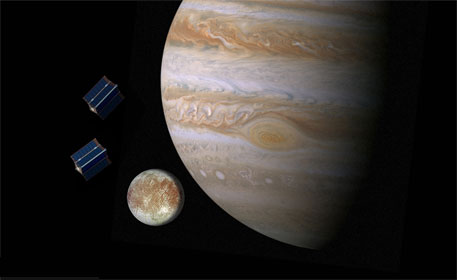 There may be life on Jupiter’s moon Europa and NASA is planning a mission to search for signs of alien life on the planet’s icy moon.

“NASA officials held a workshop on Wednesday at the Ames Research Center in Silicon Valley to discuss the matter,” says a report published in Space.com. In particular, the mission would study the clouds of water vapour that were seen emanating from Europa’s south polar region in 2012 and were captured by the Hubble telescope. The earliest the mission can be sent is 2022 and the rocket would not reach Jupiter before 2030, says the report.

“Roughly, the size of Earth's moon Europa is structurally like a liquor-filled chocolate, with a liquid ocean that could be 62 miles (100 kilometres) deep,” says National Geographic. The moon “many think is our best chance for finding other life in our solar system”, the report adds.