The satellite was launched in July this year to help scientists understand the impact of human activities on climate; the map contains data of October and November 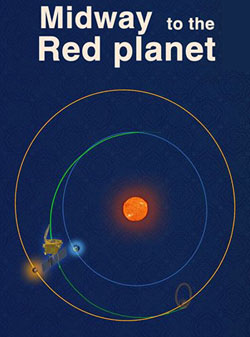 Nasa’s Orbiting Carbon Observatory (OCO-2) has sent first global maps of the greenhouse gas CO2. The satellite was launched in July this year to help scientists understand the impact of human activities on climate. The map contains data of October and November.

The OCO-2 scientists released the first images of the probe on December 18 at American Geophysical Union meeting in San Francisco, California. They are still evaluating its initial data and plan to release its first batch of CO2 measurements in March.

Annmarie Eldering, deputy project scientist for OCO-2 at NASA’s Jet Propulsion Laboratory (JPL) in Pasadena, California was quoted by journal Nature as saying, “The results and the promise of this mission are quite amazing.”

The higher concentration of greenhouse can be seen over northern Australia, southern Africa and eastern Brazil. The OCO-2 scientist suggests that the high concentrations over Africa come from burning of savannas and forests. High concentrations of carbon dioxide over North America, Europe and China may be associated with human activities.

“We’re very early into the mission and collecting data, yet as we show, we can take five weeks of that information and give you a quick picture of global carbon dioxide," said Eldering.

“It really suggests to us that OCO-2 will be very useful for finding out about where carbon dioxide is coming from and being taken back up around the globe,” she told BBC News.

The OCO2 was launched this year as a replacement for an earlier venture that was destroyed in 2009 when its rocket failed soon after lift-off.

Human sources and other factors are pouring around 40 billion tonnes of carbon dioxide into the atmosphere each year. Only half of that emitted carbon dioxide stays in the atmosphere while the rest is absorbed by the oceans and vegetation on the earth. The scientists are keen to understand where the carbon dioxide is going and whether natural systems are losing their capacity to absorb CO2.