Activists call the text of the agreement vague 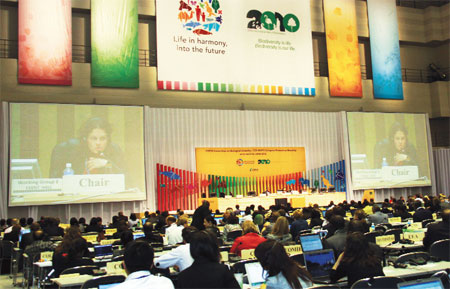 After nearly two decades of negotiations between developing and developed countries, governments from across the world, including India, agreed to a UN treaty to manage and share the planet’s genetic resources and related traditional knowledge.

The decision came on October 30, the last day of the two-week conference of parties to the UN Convention on Biological Diversity (CBD) in Nagoya, Japan. Developed countries, whose large pharmaceutical and cosmetic industries benefit from the commercial exploitation of genetic resources from developing countries, had resisted the treaty until Japan diluted the text at the last minute.

The protocol outlines how benefits from all genetic resources—for example, profits generated from commercialisation of drugs and cosmetics derived from certain plants—will be shared with communities who have been conserving and managing them. To check biopiracy, the protocol asks countries to set up mechanisms to ensure that informed consent of communities is taken before using their resources and knowledge.

The Indian government has called the treaty a triumph for developing countries that are home to vast natural resources and also a victim of biopiracy. Activists, however, call the treaty a face-saving exercise because of its vague text.

The draft agreement contains no binding obligations, said Shalini Bhutani of Grain, a non-profit in Delhi that works on agriculture and biodiversity. “The protocol is vague on mechanisms, compliance and leaves everything to national laws,” said Kanchi Kohli of Kalpavriksh, a think tank in Delhi. She doubts if the protocol would ensure an equitable sharing of benefits from genetic resources. India has related laws and mechanisms in place, but they are not effective. Since enforcement of the protocol is dependent on national laws, there would be immense variation in the extent of enforcement, she added. The treaty remains silent on how countries like the US that are not signatories to the CBD will be made to comply with the protocol.

At Nagoya, governments also pledged to halve biodiversity loss by 2020. In 2002 CBD members had pledged to halve the biodiversity loss by 2010. This time to meet the target, they plan to increase the area under protection from the current 12.5 per cent to 17 per cent and increase the share of marine protected areas from 1 per cent to 10 per cent. Countries also agreed to a moratorium on geo-engineering projects like ocean fertilisation and carbon capture and storage to mitigate climate change. But the moratorium, like the rest of the agreement at Nagoya, is confusing; it allows small-scale experiments and bans the ones that impact biodiversity.