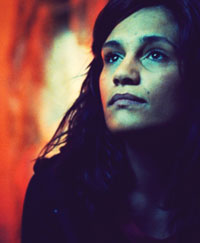 The festival opened at the Sydney Opera House on May 13 and will tour across Australia till August 24. A decade ago it was difficult to get an audience for an indigenous film, but interest in stories on native peoples has grown, filmmaker and the festival’s director Rachel Perkins says.

The festival opened with Australian indigenous writer and director Beck Cole’s debut feature Here I Am about a woman reconnecting with her mother and daughter after being released from prison. A standout film is US director Andrew Okpeaha’s On the Ice on Alaskan Innuits. It won Crystal Bear and Best First Feature in Berlin.