Researchers look into the possible benefits of producing identical offsprings 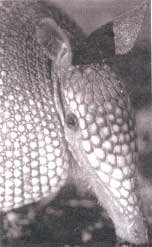 POLYEMBRYONY is the strategy to split embryos to produce many identical off-springs. Eighteen animals are known to use this strategy as their method of reproduction. Biologists from the State University of New York say that as compared to asexual and normal sexual reproduction, polyembryony appears to offer the worst of both worlds.

In asexual reproduction, an individual produces identical copies of itself. The advantage here is that the parent is a proven genetic winner that has survived the reproductive age. Sexual reproduction, on the other hand, produces offsprings with different combinations of genes. Chances are that some of these will have the right characteristics to survive in an unpredictable environment.

In polyembryony, a sexually produced embryo splits into several off- springs. As they are genetically different from the parent, their ability to survive till reproductive age is uncertain. "The paradox is that having many sexually produced offspring with identical genotypes is in effect putting all of one's eggs in one basket - yet this is what some organisms do," says Lawrence Slobodkin of the State University.

Slobodkin and his colleagues write in Evolutionary Ecology (Vol 11), that there may be some possible benefits of polyernbryony. They point out that more than two-thirds of the species that practise polyembryony are parasitic organisms, including wasps that lay their eggs inside the eggs of other insects. The researchers suggest that because the mother does not have any contact with the environment in which the embryos develop, the embryos themselves have evolved to 'assess' the size of brood the host can support.

"Our hypothesis is that the decision as to how many copies to make is left to the embryo rather than being made by the mother," says Slobodkin. If the environment in which the original egg divides is rich in nutrients, for instance, some kind of chemical signal may trigger the cell to divide into many copies. If, on the other hand, the embryo's host already has a high level of parasite infections, it may pay the embryo to divide less prolifically to avoid killing the host before the embryos have fully developed.

Stuart West of the University of Edinburgh, who studies the evolution of sexual reproduction, says that polyembryony can provide many advantages that should be considered: "For example, by reducing genetic conflicts between siblings, it can promote more efficient use of larval food resources."