California battles largest wildfire ever, after it experienced the hottest July

What’s worse, hardly one-third of the fire is under control, and according to the California Department of Forestry and Fire Protection, it is unlikely to be extinguished before early September.

Heat wave has been one of the factors that have fuelled the fire and NOAA’s monthly climate update makes it even more evident. According to NOAA, this July, California experienced its hottest single month in 124 years of recordkeeping. The state’s average temperature for July (26.5°C) was higher than its previous hottest month recorded in July 1931. 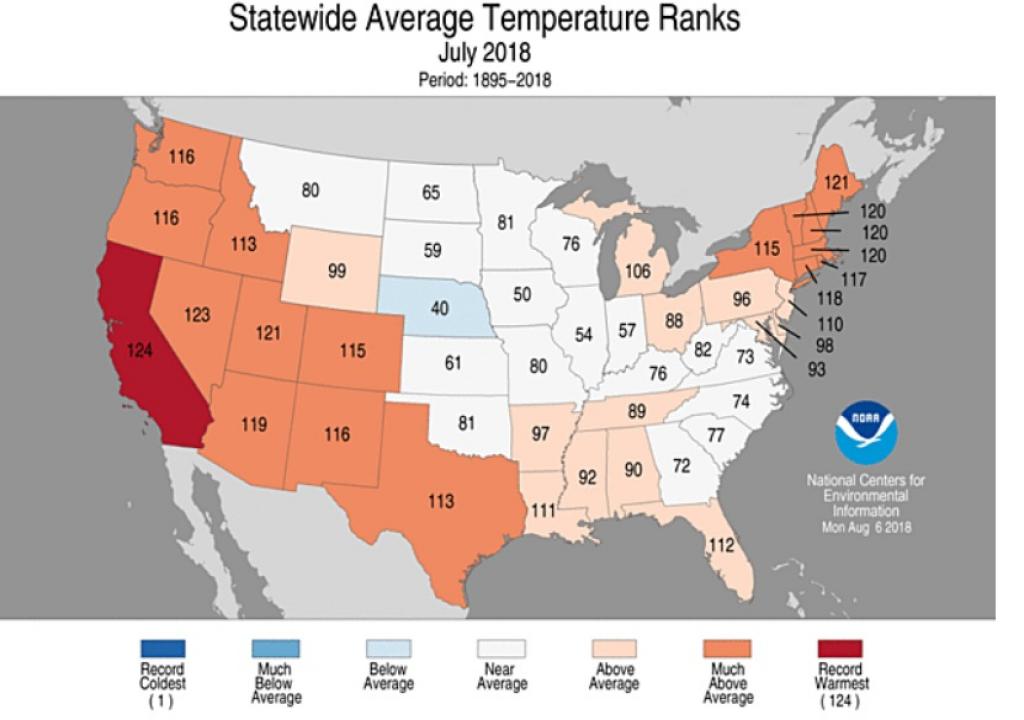 The fire, which grew nearly the size of Los Angeles in just 11 days, is centered near the community of Upper Lake, north of San Francisco.

California is not the only state that is seeing longer and more destructive wildfire seasons. Its northern neighbour, Oregon, is also on fire. Between 1952 and 1987, western Oregon recorded only one major fire above 10,000 acres. Now, the people of Oregon are fighting 13 wildfires engulfing 185,000 acres.

In the northern hemisphere's temperate zone, the fire season was generally between July and August in most places. "Today, the period susceptible to wildfires has extended from June to October," National Research Institute of Science and Technology for Environment and Agriculture (IRSTEA) scientist Thomas Curt told media recently.

According to experts, in California, which recently emerged from a five-year drought, fires can happen throughout the year.

While climate scientists attribute this disaster to drought, warmer weather and the building of homes deeper into the forests, there are others who consider it a result of policy fallacy. They blame it on the Clinton administration’s decision in 1994 to protect old growth trees and spotted owls by strictly limiting logging, which has now allowed forests to grow unchecked.