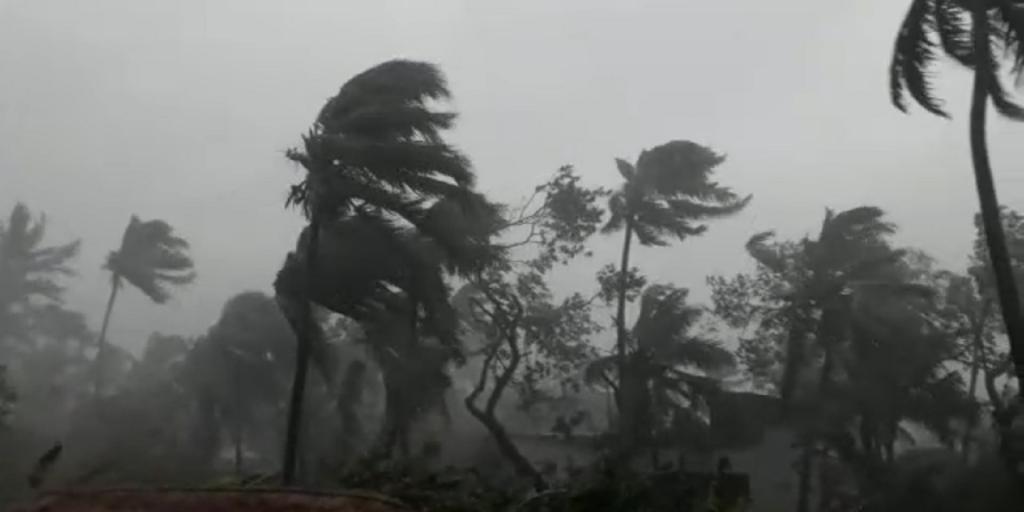 There is a discrepancy between the maximum wind speeds of cyclone Amphan measured by the United States Joint Typhoon Center (USJTC) and the India Meteorological Department (IMD).

USJTC measured the cyclone’s peak wind speed at 270 kilometres per hour (km / hr) making it the strongest cyclone ever to have been recorded in the Bay of Bengal. The IMD, however, said the cyclone’s maximum wind speed was 240 km / hr, a difference of 30 km / hr.

“If wind speeds were sustained at 270 km / hr for some time, the USJTC may have a reasonably good estimate,” said Raghu Murtugudde, a climate scientist at the University of Maryland. “They probably combined satellites, radars and models,” he added.

The US embassy in Bangladesh or somewhere near the Indian coast was likely actively measuring wind speeds, according to Murtugudde.

The difference in numbers from the USJTC and IMD is significant, since measuring wind speeds is crucial to understand the extent of possible damage cyclone Amphan can cause. “A cyclone’s damage potential depends on its kinetic energy, so it depends on wind speed squared”, said Murtugudde.

“When the cyclone hits land, it can break into pieces, with the low pressure in the eye gaining importance,” said Murtugudde. The lower the central pressure of the cyclone, the greater is its strength.

“Measuring wind speeds in cyclones is not straightforward unless there is an aircraft flying into the storm,” he added.

The IMD uses a scatterometer (an instrument that measures dispersion of winds) placed on weather monitoring satellites — including the Indian Space Research Organisation’s SCATSAT-1 satellite launched in 2016 — to measure winds near the ocean surface. The satellites, however, do not provide images of the required resolution.

The IMD also uses five doppler weather radars installed along the coast and buoys on sea surfaces to measure wind speeds by looking directly at the cyclone.

A doppler weather radar generates microwave signals and directs them towards air molecules in a cyclone or any other storm. It analyses the signals that bounce back from the molecules for a change of frequency of the micro waves. It then calculates the speed with which the air molecules move, which in turn shows wind speed.

Radars in Paradip and Gopalpur in Odisha and Visakhapatnam in Andhra Pradesh are being used by the IMD to track and measure the characteristics of cyclone Amphan. The wind measurement through these radars, however, still does not reflect the desired accuracy.

Amphan has slightly decreased in intensity and is moving towards the West Bengal coast.

The cyclone is set to make landfall on May 20, 2020 evening close to Bengal’s Digha at wind speeds of 155-165 km / hr, with a gust of 185 km / hr, according to the IMD’s latest track forecast. It will then decrease in intensity as it moves inland towards Bangladesh via Kolkata, but will still remain potent for destruction.

Wind information is currently derived from four sources, Josef Aschbacher, director of the Earth Observation Programme at the European Space Agency (ESA), told Down To Earth.

“These cover only a few single points on the whole globe or a limited number of altitudes,” Aschbacher said. “The World Meteorological Organization has, therefore, identified the lack of direct global wind profile measurements as one of the major deficits in the current Global Observing System,” he added.

Aladin works by emitting short, powerful pulses of ultraviolet light from a laser and measures the Doppler shift from the very small amount of light that is scattered back to the instrument from molecules and particles, according to the ESA website. “This delivers vertical profiles that show the horizontal speed of the world’s winds in the lower-most 26 km of the atmosphere,” the website said.

Data from Aeolus is publicly available for use by forecasting agencies and scientists, as of May 12, 2020.