Within hours of Hurricane Irma’s landfall in the state of Florida, more than 3.3 million homes and businesses lost power. According to Florida Power & Light, the state’s largest electric utility, it will take weeks to restore electricity to everyone. 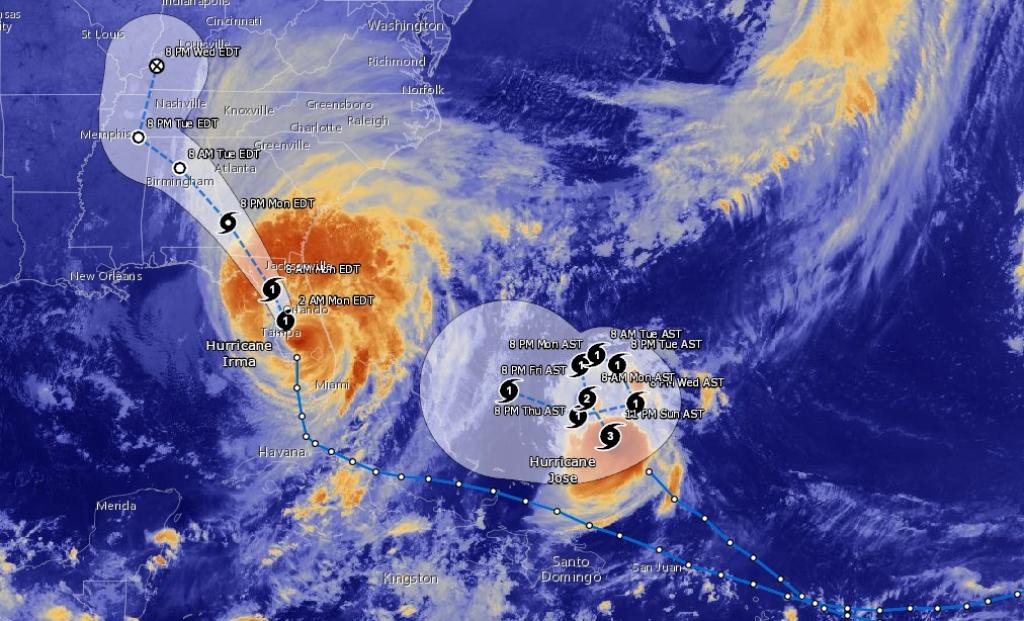 Irma had made landfall as a Category 4 hurricane at Cudjoe Key in the lower Florida Keys at 9:10 a.m. local time on Sunday with sustained winds of 130 mph, according to the National Hurricane Center. The storm has now been downgraded to a category 2 storm with winds of 105mph. It is moving up the west coast of Florida, threatening massive damage to cities, including Tampa, Orlando and Sarasota.

By Sunday afternoon local time, Irma was downgraded from a Category 4 storm to Category 2 as it hit Naples, bringing threats of flash floods. Irma is the worst single hurricane to hit Florida since Hurricane Andrew wreaked havoc in 1992.

According to preliminary estimates, the storm could cost $300bn in cleanup and insurance claims. It is likely to impact US food prices because Florida is the second-largest food grower in the US and the also the second-largest producer of orange juice in the world.