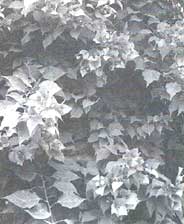 WHEN the birds stop chirping and go into hiding, you can expect a storm. When the ants begin to march, you know rain is on its way. In the same manner, some species of plants and animals behave in ways that warn of possible environmental damage -- as "early warning systems" or "bio-indicators" of pollution.

The use of bio-indicators such as trees, butterflies and birds is a relatively new technique that scientists are increasingly relying on to gauge the level of pollution.

The Madras-based M S Swaminathan Research Foundation is using lichens in the Pichavaram mangroves to monitor air and water pollution threats that could drive the mangroves to extinction. Their studies reveal that although this ecosystem faces no threats from pollution so far, offshore oil rigs near Cuddalore, about 35 km north of Pichavaram in Tamil Nadu, and the recent location of oil reserves in Narimanam, 70 km south of Pichavaram, are a potential threat.

In another study, scientists of the People's Science Institute (PSI), Dehradun, screened perennial species such as Bogainvillea glabra, Ficus religiosa, Mangifera indica, Litchi chinensis and Lantana camara for their sensitivity and tolerance levels to air pollution in urban areas. They found that pollutants such as sulpur dioxide, nitrous oxide and suspended particulate matter choke the roots, stem, leaves, flowers and fruits of plants. Leaves are particularly sensitive to pollution.

Earlier studies had revealed that air pollutants, particularly sulphur dioxide, led to a quantitive decrease in chlorophyll A and B pigments in some plants.

In the PSI study, the leaves of Bogainvillea, mango and litchi plants in polluted areas showed a reduction in chlorophyll content, and a change in the structure of their stomata -- tiny openings on the undersurface of leaves, through which plants breathe and transpire. In the case of the mango, the stomata was found blocked at the junction of the stomata and the guard cells -- cells that aid in the opening and closing of these tiny entrances -- and the number of stomata and leaf surface cells were 31-33 per cent less than those in plants at non-polluted sites.