AS MAHARASHTRA government pushes for Navi Mumbai as the only site for Mumbai's second airport, the environment ministry has asked for re-examination of three alternative sites. The ministry's expert appraisal committee (EAC) had expressed concerns over the project, saying it would lead to destruction of 121 hectares (ha) of mangroves, levelling of an 80-metre-high hill and diversion of two rivers.

The Rs 9,625 crore Navi Mumbai airport, which has civil aviation minister Praful Patel’s go-ahead, is proposed to be built over 2,054 ha. Media reports have quoted Ashok Chavan, Maharashtra’s chief minister, saying, Prime Minister Manmohan Singh is supporting the proposed airport. But the environment ministry’s committee at a meeting on August 20 had asked the project’s promoter City and Industrial Development Corporation of Maharashtra to re-examine in detail other options—Wada, Ansoli and Kalyan— and Navi Mumbai. The committee had also told the company to make changes in the Navi Mumbai layout to avoid diversion of rivers Gadhi and Ulwe, blasting of the hill and destroying mangroves (see ‘Backdoor democracy’, Down To Earth, May 31, 2010).

It was not the first time the committee had asked for a review. In its July 21- 23 meeting, the committee had told the company to submit a report on all alternative sites and the reasons for their rejection. Three weeks later, the company submitted a study which stated that Navi Mumbai was the only suitable option. Its report underlined that the company owned a part of the Navi Mumbai site. In the study, 17 sites within 100 km of Mumbai were listed. Of them, six were shortlisted which were cut down to one. Navi Mumbai was selected for being closest to the city, and having good glide slope for airplanes and obstruction-free take-off site. The other sites were rejected on topographical and technical grounds. “Some of the reasons given were rather unbelievable. 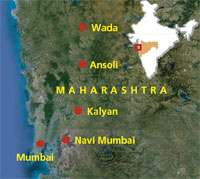 The baseline data in the environmental impact assessment (EIA) is also not convincing enough, the committee concluded. The company has been asked to re examine it. When asked why Navi Mumbai, like some of the other alternative sites, was not rejected for falling within the coastal regulation zone, S L Dhingra of civil engineering department in IIT Bombay and a part of the EIA team, said, of the sites that were examined Navi Mumbai had the least negative impact.

Meanwhile, the committee has asked the company in its August meeting to consider reorienting the Navi Mumbai airport, with the terminal and other non-operational areas to the southern side of the site. The northern runway be shifted 100 metres south to avoid training of the Gadhi river, the committee said. This would reduce tampering with the natural drainage system and save the mangroves. The committee member said the company has been asked to submit details of water level rise in the rivers in a worstcase scenario such as simultaneous highest tide and cloudburst.