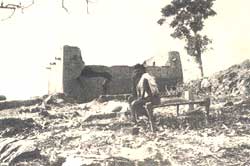 THE RESETTLEMENT and rehabilitation (R&R) policy for project-affected persons, proposed by a sub-committee of the national water board, under the ministry of water resources, appears to be far from satisfactory. Commentators say its scope is restricted to large reservoir projects and it does not provide for any legislative backing.

The draft policy says, the details of the R&R package should be left to state governments and the project authorities concerned and only a perspective should be laid down at the national level. The draft also recommends that a comprehensive R&R package should be a precondition to project clearance and the package must be approved by a majority of those affected. In addition, there should be an institutional arrangement for its implementation "with a high degree of sensitivity and earnestness".

In a major move forward, the draft policy states mere ownership of land should not be the criterion for determining project affected persons (PAPs). Instead, PAPs should also include non-landowning groups, such as landless labourers, encroachers, graziers, fisherfolk, nomads and forest produce gatherers, in addition to all those whose means of livelihood will be directly affected by submergence. The draft policy recommends, "Resettled people must be able to enjoy a standard of living comparable with people benefitting from the specific project".

However, the draft has come in for sharp criticism from a number of social action groups. What several activists favour is legislation such as the 1986 law in Maharashtra, which confers on oustees the right to decide whether they want to vacate the project site or not. The issue of providing land for land, which the policy endorses, is also contentious. A group of human rights and environmental activists, who prepared a citizens draft rehabilitation policy, strongly argued that alternative land should be the basis for such a policy. And, if necessary, beneficiaries in the command area of an irrigation project should be made to part with their land for the oustees. Veteran journalist B G Verghese, who has made a study of various water projects, disagrees and contends if land is a primary means of settlement, this "makes the whole policy absurd because we just do not have enough land to compensate everyone who is getting affected by projects. It will only reinforce the view that rehabilitation as required is impossible".

According to Verghese, any policy that does not seek to generate gainful employment for the PAPs from the projects or their spin-offs cannot be effective. One of the fundamental shortcomings of the draft proposal is that no emphasis is placed on educating and training PAPs.

Vasudha Dhagamvar, executive director of the Multiple Action Research Group (MARG), who has also worked on the problem of Narmada oustees, assailed the draft as being toothless. "They are like the directive principles of the Constitution -- observe them if you like," she said. "But what the oustees need is an act that will be binding on the government and not discretionary."